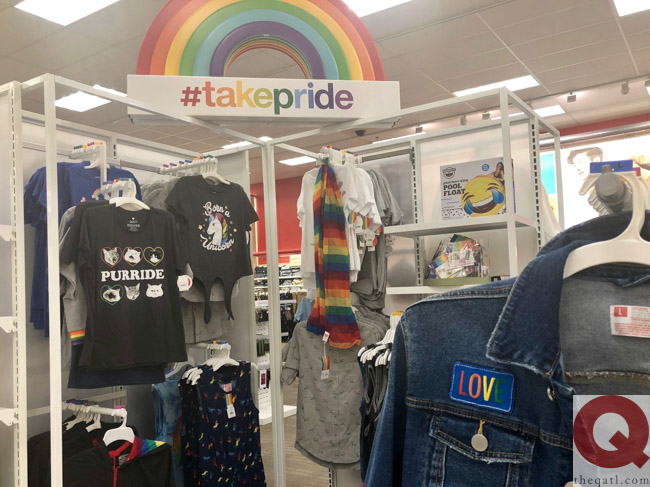 A prominent Athens GOP leader wrote a series of anti-LGBTQ Facebook posts on Tuesday — the two-year anniversary of the Pulse nightclub shooting.

Joan Gilbert Rhoden is president of the Conservative Republican Women of Northeast Georgia, the wife of Athens GOP chair Gordon Rhoden and — along with her husband — part of the leadership team for the campaign of Houston Gaines, who is running for the District 117 seat in the Georgia House.

Mrs. Rhoden began the morning by sharing a photo post from someone showing a Pride-themed clothing section at an unidentified Target location. The original post said, “Tell me again how homosexuals are not after your children in school and at Target.” Rhoden added her own message, writing, “This is NOT about equity, it’s about propaganda of an alternate lifestyle that is a clinically diagnosed disorder. Are we supposed to be okay with this? Are you?”

The American Psychiatric Association partially stopped classifying homosexuality as a mental disorder in 1973, later completely removing it as a disorder in 1987.

Rhoden continued posting throughout the day Tuesday, including sharing stories from anti-LGBTQ groups and media outlets, decrying a New York City bill that would add a third gender option to birth certificates and continually referring to being LGBTQ as a “lifestyle choice.” Rhoden also shared a video from a rally against a California bill that would strengthen laws against “gay conversion therapy,” writing that LGBTQ people are “dispatched to annihilate free speech and dismantle the established facts of biology.”

Neither of the Rhodens responded to questions from Project Q Atlanta.

'We need to stand up to bullies like this'

Rhoden’s posts first came to light after being shared on the Facebook page of Richie Knight, a gay business owner who ran unsuccessfully in last month’s Athens mayoral race.

“Daily, [Rhoden] takes to social media to demonstrate her hatred towards members of the LGBTQ community. Including recently singling me out for no reason,” Knight wrote. “I've spent the last week commenting on each of her posts, but today this was the last straw for me. We need to stand up to bullies like this. In no world is there a God that supports the rhetoric of a deranged woman like this.”

Rhoden then shared Knight’s post and called Pride displays like the one at Target, “bully tactics being levied on the American public.”

Athens is represented by U.S. Rep. Jody Hice, a virulently anti-LGBTQ pastor who once alleged that the gay community has a secret plot to recruit and sodomize children. He also compared same-sex relationships to bestiality and incest.

Gaines, a Republican, faces Democratic incumbent state Rep. Deborah Gonzalez for the Athens-area House District 117 in November. Gaines did not respond to a request for comment on Rhoden’s posts. The Rhodens are two of the 15 members of Gaines’ campaign leadership team.

Karen Schwind, the 10th Congressional District GOP chair, and the Georgia Republican Party also did not respond to requests for comment on Rhoden’s posts.

UPDATE | Jamie Ensley, president of the Georgia Log Cabin Republicans, told Project Q Atlanta in response to this story, “Love your neighbor as yourself. Eight times in the Bible we are told to love our neighbor — it’s one of the Bible's most repeated commands.”

“It is hateful, biased speech that perpetuates stereotypes of the LGBT community that are known to be inaccurate and have been condemned and rejected by health professionals and organizations across the political spectrum. For her to take these actions on a day that specifically commemorates a day when 49 people were murdered because they were members of the LGBTQ community should be especially appalling to anyone who has a family member, friend, coworker or neighbor who is LGBTQ. We work everyday with Republicans whom we know do not espouse those views. The post itself should be soundly rejected by her fellow Republicans.  Those who are silent on the issue need to realize that their silence will be seen as support.”

UPDATE | Houston Gaines has removed Joan Rhoden from his campaign leadership committee, per an update of the list on his website.

“Recently, we've seen local campaigns—including my opponent's—run on divisiveness and symbolism instead of focusing on the hard work our constituents deserve,” Gaines told Flagpole. “The statements made by Mrs. Rhoden are not reflective of my campaign, and we agree that her stepping down from my leadership committee will prevent any distractions from accomplishing our singular goal of winning back this seat.”

UPDATE | Rep. Gonzalez issued the following statement in reaction to this story.

For most of us, we believe in an America that was founded on the ideal that all are created equal. We also believe in the Golden Rule, or treating others the way we want to be treated. As such—no matter our differences–most of us all want the same things: to freely love another person and create a meaningful, lasting relationship with them, the freedom to live one’s life without fear of persecution or punitive laws, and the chance to raise and sustain a family if we so choose in a loving, caring environment.

In these guiding principles, Georgians stand largely united with one another. There are over 300,000+ members of the LGBTQIA+ community who live in Georgia and, for many of us, these individuals are members of our family, friends, coworkers, and neighbors.

Yet many members of the LGBTQIA+ community face acute risks, economic backlash, and vocal discrimination on a frequent basis. A pervasive and negative stigma continues to this day to associate “being gay” with mental illness. The American Psychological Association, the American Psychiatric Association, and the American Mental Health Association—among others—have all taken stances denouncing the idea that being gay is a mental illness. In clear language, being gay is not a clinical mental or medical illness. The empirical research and continuous advances in our mental health knowledge over the years have helped pave the way for an inclusive, welcoming Georgia.

Unfortunately, we still have a long way to go to truly protect our LGBTQIA+ family members. Georgia is 1 of only 5 states in the nation that does not have a civil rights law protecting people from discrimination in public places. With a recent poll showing nearly 3 in 4 Georgians—and 63% of Republicans—support comprehensive LGBTQIA+ nondiscrimination protections, it is time for Georgia to embrace protections for everyone.

Rhoden’s posts — which remain public on her Facebook page as of this writing — are below.