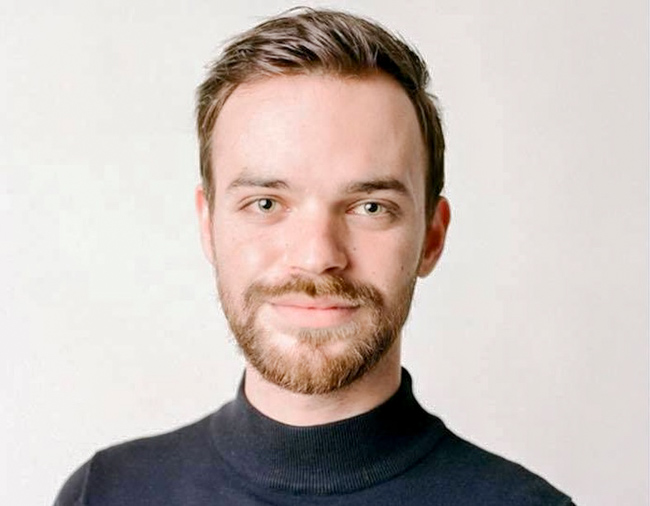 Over 5,000 people have signed a petition to bring permanent rainbow crosswalks to Athens, and city officials are evaluating the idea.

The effort is being led by Cameron Harrelson, events director for Athens Pride. The organization hosted its largest-ever Athens Pride Street Festival on Sept. 29.

“As I was walking back to our car that night with my partner, I thought to myself, ‘We need a permanent display of what we saw here on our streets tonight,’” he told Project Q Atlanta.

Harrelson (photo) started the petition the next day. It hit about 1,000 supporters in the first seven hours and now has over 5,700 signatures out of a 7,500-signature goal as of Friday.

Harrelson reached out to several members of the Athens-Clarke County Commission and the Athens Development Authority to pitch the idea.

Commissioner Allison Wright told the Red & Black that the intersection of South Lumpkin Street and Hancock Avenue is a possible fit for the crosswalks. Harrelson is confident the rainbow crosswalks will happen.

“I know personally of at least four other commissioners, in addition to Wright, who are 100 percent supportive of making this a reality, and are currently working on finding the right avenue to get this accomplished in a timely, cost-effective manner,” he told Project Q.

Wright also asked Athens Mayor Kelly Girtz to look into the cost of the project.

“I’ve been involved in a minor way thus far as requests and conversations have happened in the last couple of weeks,” Girtz told the Red & Black. “I expect more planning will be done in the next few months.”

The Athens Downtown Development Authority created a visual preference survey that provided participants with five potential options for new crosswalks downtown. Some 15 percent of respondents preferred the rainbow crosswalks option, according to the Red & Black.

Harrelson said he’ll continue to stay in touch with county and city leaders about the project “to make sure that this issue does not fall to the back of anyone’s mind.”

“Adding a rainbow crosswalk to our downtown area not only adds color and beauty to our city, but it also lets LGBTQ people who live here know that the city — and its people — are on their side,” he told Project Q.

The City of Atlanta installed permanent rainbow crosswalks at the intersection of 10th Street and Piedmont Avenue in Midtown in July 2017.

The Federal Highway Administration warned that such designs pose a safety concern, but Atlanta officials said the crosswalks will stay indefinitely. The Atlanta Police Department provided Project Q with data that showed the number of accidents at the intersection has remained stable since the rainbow crosswalks were installed.