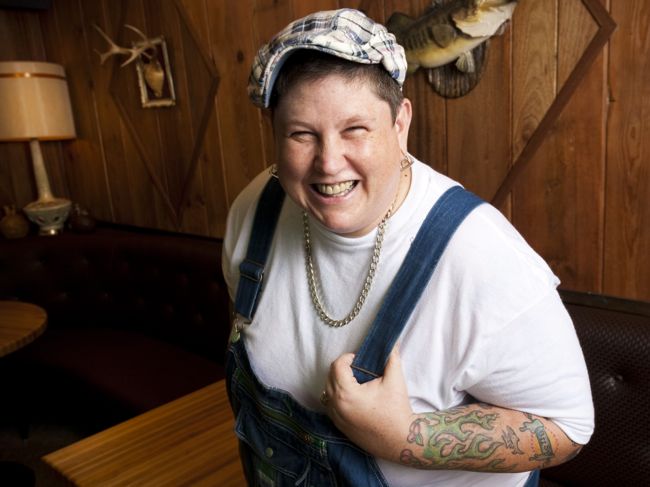 Fans of lesbian Atlanta chef and restaurant owner Ria Pell can toast her memory with a beer named in her honor thanks to Creature Comforts Brewery.

The Athens-based brewery releases the Ria Pell Ale on Friday, and a release party will be held at local restaurant Elmyriachi on Sunday. Pell (top photo), who owned Ria’s Bluebird on Memorial Drive in Cabbagetown, died in 2013 at age 45. She gained fame in 2012 after winning the Food Network show “Chopped.”

Pell’s widow Kiki Slatana told Project Q Atlanta that she is “so humbled and thrilled” about the beer release.

“It makes me so happy that she continues to be remembered with such love and devotion,” she said.

The can (bottom photo) was designed by Pell’s friend Ronnie Land, who is best known for designing the popular “Pray for ATL” image.

Creature Comforts became aware of Pell’s impact at a fall 2019 event it hosted with the Invisible Histories Project, according to Matt Stevens, the brewery’s vice president of strategic impact.

“IHP led us to Ria’s story, and the more we learned, the better the narrative unfolded,” he said in a press release. “After meeting Ria’s widow, we discovered the Atlanta Harm Reduction Coalition, a charity Ria championed throughout her life.”

Creature Comforts will donate all proceeds from sales of Ria Pell Ale to a client of the HIV non-profit. The beer will be available in four-pack 16-ounce cans from the brewery’s Athens tasting room starting Friday, according to Stevens.

Atlanta residents can get a taste of Ria Pell Ale at the release party on Sunday at Elmyriachi on Hosea Williams Drive in Kirkwood. Proceeds from the event will go to Atlanta Harm Reduction Coalition.

“It’s wonderful that this beer is raising funds for an organization she believed in so much, that does amazing grassroots work,” Slatana said. “It brings me such warmth and joy that our communities keep remembering Ria by supporting each other, and the causes we believe in.” 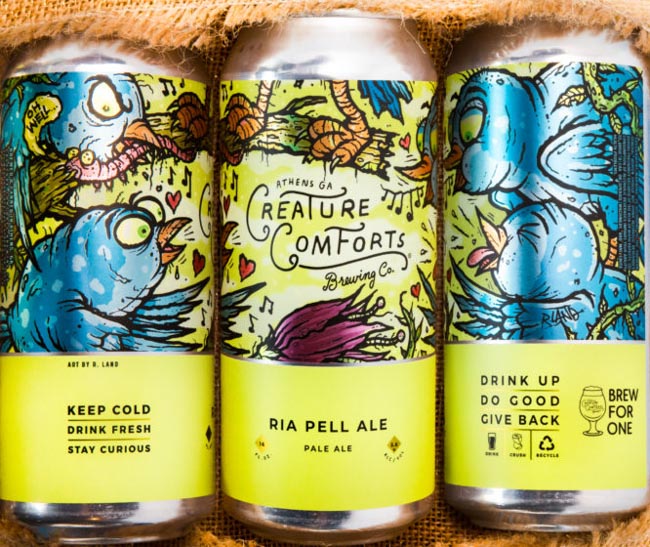