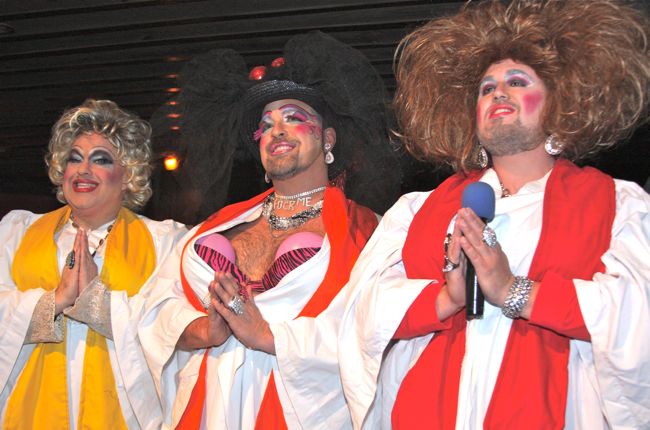 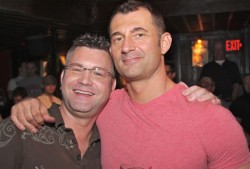 Their experiment with homelessness over, the Armorettes returned their drag troupe silliness to a new weekly venue on Sunday – the same place they called home for years until they were upended in 2009.

So the queens collectively clicked their heels and repeated the refrain, “There’s no place like home,” and then partied like it was 2009 with their Homecoming Revival at Burkhart’s. The early-evening show was the launch of a weekly performance spot, something the troupe has lacked since their curt dismissal from Blake’s in early January. 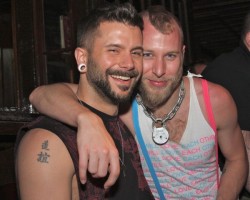 That’s the same bar that stole the Armorettes from their longtime home Burkhart’s in 2009. Last year, they launched a monthly burlesque show at a third bar, the Heretic. Got all that?

Never mind. The important thing to note is this: The Armorettes are back to raising funds for local HIV charities, adding to the $1.9 million the group has contributed in its more than 32-year history. Those $1 tips go a long way.

“It’s like going home again. We are just so happy to be back at Burkhart’s,” Chip Pecchio, aka Armorette’s co-chair Ally “Queered Al” Yankovic (top photo, right), told us ahead of Sunday’s revival.

The re-staging of the Armorettes at Burkhart’s comes two months after former Armorette and longtime drag performer Mary Edith Pitts departed the bar and her regular namesake shows.