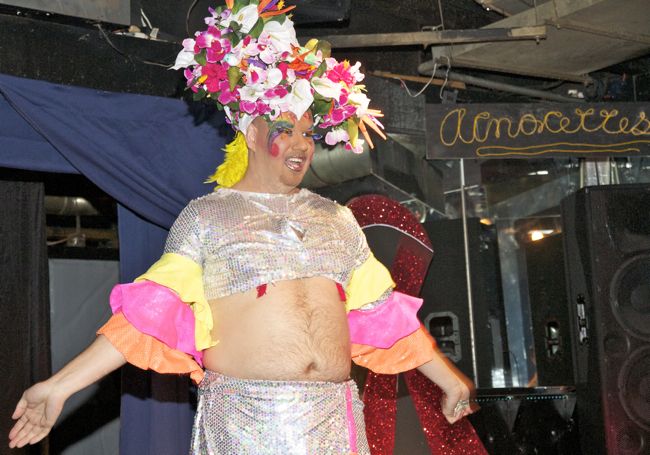 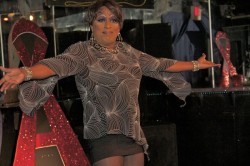 Atlanta’s do-gooding drag troupe the Arrmorettes dropped the curtains on another year of raising funds for HIV charities with an anniversary show Saturday at the Heretic.

The 32nd anniversary show also included the presentation of $6,500 in donations to each of three groups: Living Room, Positive Impact and Someone Cares. The total pushed the overall amount they’ve raised in the history of the group to $1.9 million – all from what started in 1979 as a drag cheerleading squad for gay bar the Armory’s softball team and quickly became a bearded-men-in-dresses fundraising troupe for AIDS causes. 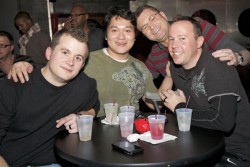 But it’s been a tough year for the Armorettes. The economy has taken its toll on tips at their shows, which is what feeds their donations. Last year, the group presented more than $37,000 to three HIV agencies. On Jan. 9, Blake’s – the Armorettes home since they moved there from Burkhart’s in September 2009 – cancelled their show and ended their weekly performances.

But the August premiere of their monthly Burlesque show at Heretic proved popular. Their bawdy holiday celebration was a crowd favorite, too. This weekend, the Armorettes take a road trip to Augusta to perform at the Filling Station on Friday and Club Argos on Saturday and raise funds for organizers of Augusta Pride.