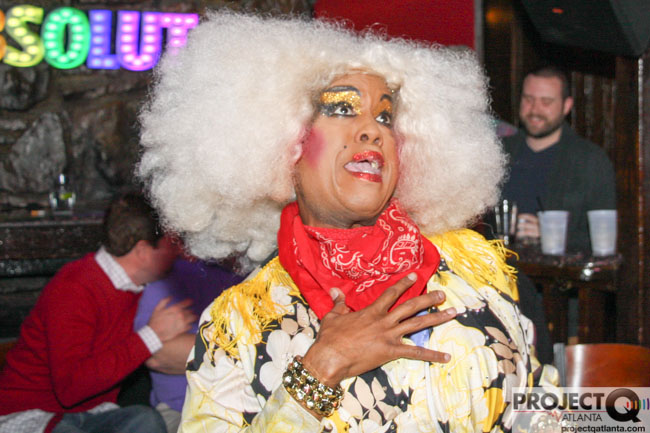 With queens from across Atlanta – and a mix of performers past and present – the Armorettes celebrated their 38th anniversary on Sunday collecting tips, doing camp drag and dishing out cash to non-profits.

The Armorettes opened their weekend of celebration with a show on Saturday at Heretic. On Sunday, the fun moved to Burkhart’s, which hosts their weekly show. During both performances, they gave out $30,000 in donations – $10,000 each to SisterLove and the Mister Center of Positive Impact, $6,000 to Someone Cares, and $2,000 each for the Empowerment Resource Center and Poz Vets.