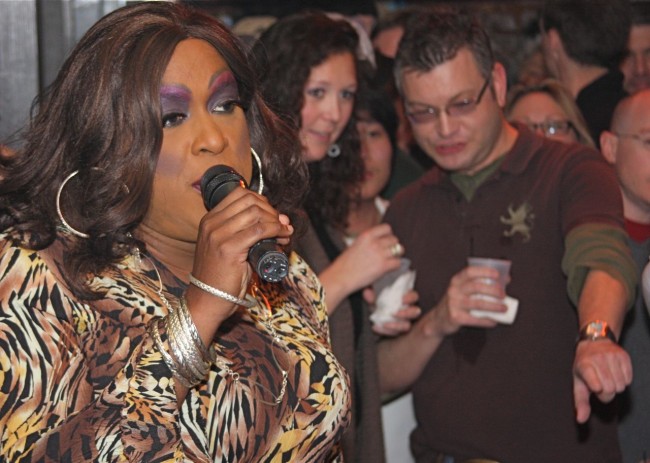 The proof is in the pudding when the Armorettes, Atlanta’s do-gooding drag troupe, says 2009 was “another wonderful year.” Sunday’s 31st anniversary spectacle showed the love in cash as a longtime member announced a farewell. 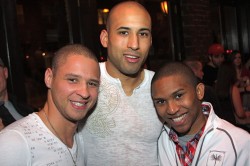 Yes, what started in 1979 as a drag cheerleading squad for gay bar the Armory’s softball team and quickly became a bearded-men-in-dresses fundraising troupe for AIDS causes turned The Year of Down Economy on its ear by donating four checks to local AIDS agencies that totaled nearly $50,000.

Three checks of $12,500 went out to three organizations: AIDS Alliance for Faith & Health, H.E.R.O. for Children, and Someone Cares, Inc. of Atlanta. Mary Edith Pitts’ birthday party last summer raised an incredible one-event total of $12,000 that was presented Sunday to Jerusalem House. 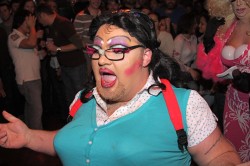 In addition to the current cast of zany queens with big hearts who put on a weekly Sunday show at Blake’s to raise their donations, the anniversary show included the return of former Armorettes Bubba D. Licious, Alexandria Martin, Pearl LaKesha Long and Kitty LeClaw. The packed show proved popular, as did the group’s 30th anniversary extravaganza last September at Jungle.

“What a great 30th year we had,” says Tony Kearney (top photo), aka Wild Cherry Sucret.

Just a week before the anniversary show, fans who turned up for the “cheers and tears” of Cherry Bomb, the annual birthday show for Wild Cherry Sucret, got the early scoop on Kearney’s plans to leave drag and the Armorettes. 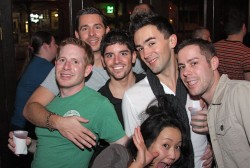 “The show was great, and over $500 was raised for the Armorettes PWA Fund,” Kearney says. “Also, if you missed it, I announced that May 2, 2010 will be my last show as an Armorette.”

“I promise the next four months will be a blast,” he adds. “After 15 years of drag and 10 years of being an Armorette, I will be hanging up the wig.”

Kearney says his time with the legendary camp drag troupe has been rewarding, and that his biggest motivator throughout was the fight against HIV/AIDS.

“I have had a great ride as an Armorette, but I feel that it’s a good time for me to step down. I will always be a loyal supporter of the group, and I will never stop fighting for the cause.”