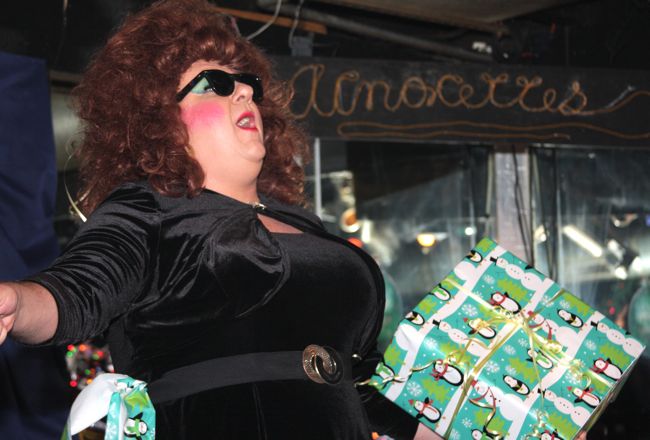 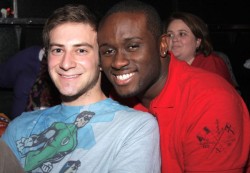 Special guests and a packed crowd helped the Armorettes put their bawdy spin on the holidays Saturday as the drag troupe hosted its Trailer Park Christmas Carol.

The show took place at the Heretic, which recently celebrated its 19th anniversary of offering gay boys a place for cocktails, dancing and nightlife. 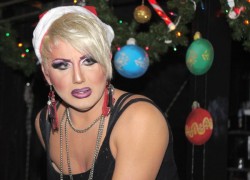 Wild Cherry Sucret returned from her retirement home to join the show, offering a crowd-shocker when she appeared dressed in a white sheet a la the KKK. But really, that shouldn’t surprise longtime fans of the drag diva. Summer Knight (bottom photo) also popped in to perform with the queens.

The show split the evening into two parts: The Armorettes’ rendition of the “Christmas Carol” narrated by a Vienna sausage-popping Knomie Moore and riffs on the favorite holiday songs from the ladies.

Despite the lack of a cover charge, the show benefitted Childkind, which assists families with the healthcare demands of special needs children.