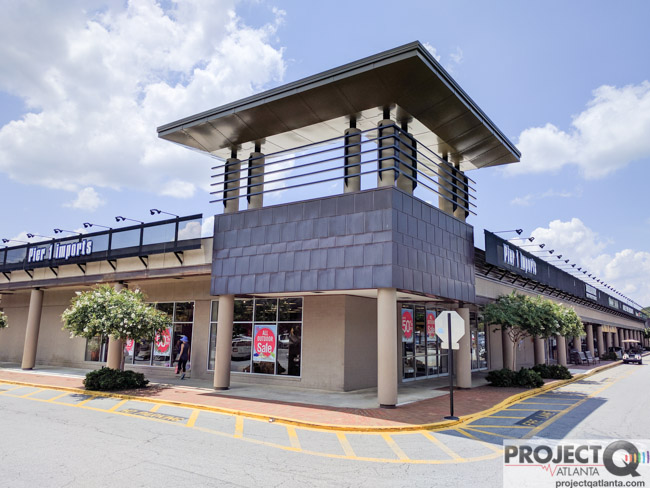 A robber pulled a gun and forced a man running errands at gay-popular Ansley Mall in Midtown to withdraw cash from a nearby ATM during a daylight assault when the retail center was crowded with people.

John Richardson, 70, told WSB that his assailant jumped into his car about 3 p.m. on July 3 as he was running errands in Ansley Mall. The retail center includes gay bar the Hideaway and several businesses popular with LGBT customers, including LA Fitness and Starbucks.

The robber demanded money but Richardson only had $1 in cash, according to WSB. That's when the suspect demanded that Richardson drive to the Chase ATM inside the shopping center near the intersection of Piedmont Avenue and Monroe Drive.

All the while the robber held his gun to Richardson's head, according to WSB.

“This guy was clearly not stupid and thought this out pretty well when he did it,” Richardson told WSB.

Richardson withdrew $200 and gave it to the suspect, according to an incident report from the Atlanta Police Department.

The suspect was careful not to leave any fingerprints and wrapped the hand he used to open the door of Richardson's Buick in his shirt, according to WSB.

But he said he hoped the suspect's image was captured by security cameras at the ATM.

“When the money came out of the machine, I just handed it across the car to him so the camera had a clear view of him,” Richardson told WSB.

On July 3, 2016 – a year to the day that Richardson was robbed – a trio of masked men pulled guns and robbed a group of gay in the parking lot of Ansley Square Shopping Center, the home of several LGBT-owned businesses and bars just south of Ansley Mall on Piedmont.