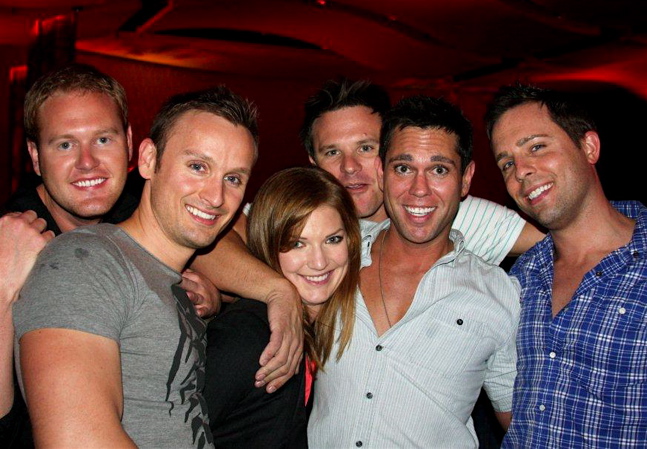 More than 4,000 people sold out the Georgia Aquarium on Oct. 8 to kickoff Atlanta Pride. DJs Martin Fry and Scott Anthony put the event to a beat, and the enormous marine tanks provided the backdrop.

This year, the venue also played host to the Atlanta Pride VIP party, where sponsors and benefactors mingled in a private area with open bar, hor d’oeuvres and exclusive private seating.

Whether they were there to swim with the fishes or just drink like fishes, guets at the kickoff party accommodated everyone up to the aquarium’s fire code capacity, and ticket buyers didn’t disappoint.

Every ticket was gone by the afternoon preceding the event, meaning representations of every color of the LGBT rainbow–costumed partiers, hot men, geek chick, sexy women and fierce trans people—packed the place.

With two spaces open—the Aquarium Galleries and the Oceans Ballroom—twice as many bars as last year, and two DJs on tap to rock the place to the rafters, the promise of the 2010 kickoff to be “twice as nice” was fulfilled.