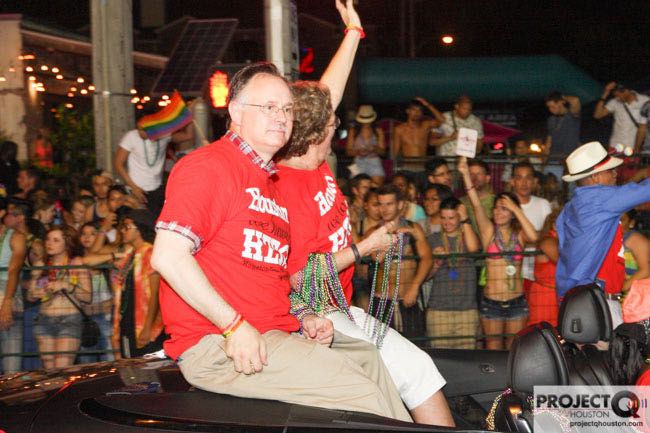 Anti-gay activists are targeting an openly gay member of the Houston City Council by convincing a like-minded conservative to jump in the race and toss around the sort of offensive rhetoric that would make Anita Bryant smile.

Barrera, on the other hand, cited his opposition to HERO as one of his main reasons for seeking a council seat.

“I have been against that ordinance from the very beginning,” said Barrera, who initially considered running in either At-Large 1 or District J. He said he settled on the latter at the insistence of longtime anti-gay activist Dave Wilson.

Wilson said he urged Barrera to run in District J because Councilman Mike Laster is a strong supporter of the equal rights ordinance and “does not share our family values.”

“Manny is pro-family and he's pro-life and he's for heterosexual marriage,” Wilson said. “You know, Mike Laster doesn't share that view. I think there's going to be a big change in November. I think people are fed up and they're going to turn over council seats.”

Wilson fought HERO with a petition effort to write his anti-trans views into the city charter. The Texas Supreme Court denied Wilson's efforts to get the measure on the November ballot – along with the HERO vote – but his case will play out in court. His anti-gay antics also earned him a rebuke from Pride Houston earlier this summer.

Barrera is one of three opponents Laster faces in November, according to Off the Kuff. Jim Bigham and Dung Le are also in the race.

Barrera's campaign against Laster is one of several orchestrated by anti-gay activists, according to the Chronicle.

Houston Area Pastor Council Director Dave Welch, who is helping to run the anti-HERO campaign's church-based efforts to rally voters against the law, said his group does not “officially enlist or recruit candidates.”

He added, however, that he did broadly encourage those active in the church to seek office.

“In general, we encourage people to run for office and be politically involved,” Welch said. “It's pretty hard to have a good government if you don't have good people in government. (HERO) certainly, it certainly provided an inspiration and motivation for some of the folks in our churches to run.”

Laster became the first openly gay man on the City Council when he won the seat for the newly-created District J in 2011. Robert Gallegos joined Laster on Council in 2013 when he was elected to the District I seat and became the state's first openly gay Latino city council member. Gallegos faces Herlinda Garcia in November.