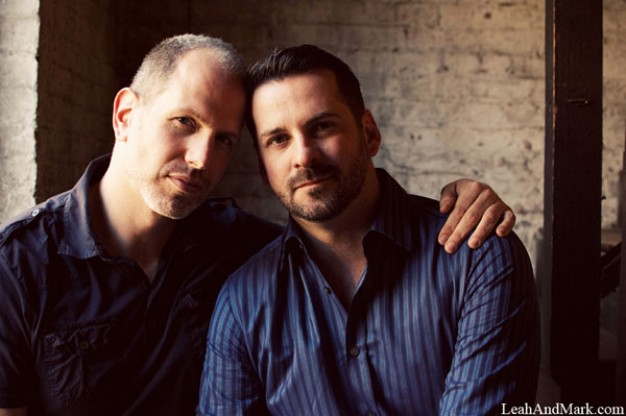 READ MORE | Gay couple wins 11Alive dream wedding It’s a shame that a few bad apples try to spoil the whole bunch with slurs in a campaign for votes in 11Alive’s online “WOW Wedding” contest that includes an Atlanta gay couple that’s in the lead. We got a note from Ronnie Mallette and his partner Brent Ferricci (photo), who are up for a dream wedding package in the inclusive contest, alerting us that supporters of other contestants are sprinkling their support with anti-gay references. “The couple in second place's friends are throwing around the words ‘CRAZY GAYS’ and ‘HOMOS’ to rally their vote,” Mallette says. The contest narrowed down the contestants to five hopeful couples who might not otherwise be able to afford all the wedding bells and whistles. Their story topped our most popular Project Q posts of last week. A chat room thread started by Rottenrogue, self-described “friends by association” of contestants Elisa Bennett and Dwight Buckner Jr., was innocent enough. It simply asked for votes and said the couple was deserving. Fair enough. Neither the Bennett-Buckners nor Rottenrogue said anything against other contestants. “Everything I know about Elisa and Dwight is that they are a very nice couple and that they would never resort to that,” Mallette says. “It’s just a little disappointing that some of their friends and supporters were willing to take it there.” By the time Mallette sent us a link to the forum discussion, he wrote, “They've already EDITED it. Several of my friends blasted them, and they took down some of the parts that offended us.” Hand it to Rottenrogue for hearing the complaints and moderating the comments. All that remains now are two references to Mallette and Ferricci:

“Voted, but the gay guys are smoking you right now. I got a few here at work that will vote.”

Fair enough. The gay guys are smoking the competition, with 52 percent of the vote vs. the Bennett-Buckner’s 42 percent on Monday morning. The men’s sexual orientation may not need mentioning, but it does identify the frontrunners clearly, and the statement is at least true. But supporter Littleguy crosses a line with a slur, and his comment wasn’t removed.

With the damage done, the worst offenders moderated, and a beefy lead regained, what does all of this mean to supporters of Mallette and Ferricci? Just that there is prejudice out there, which we already knew, and that if you want them to win, you can keep voting here at the top right of the page once per day through Wednesday. “I will not let haters bring me down,” Mallette says. “Thank you for the support. We are so blessed.” Mallette and Ferricci say that winning the contest makes a statement about acceptance of gay couples to a mainstream audience. Read more about their entry in the contest. Photo by Leah And Mark