Anti-gay pundit gets spot on Georgia board 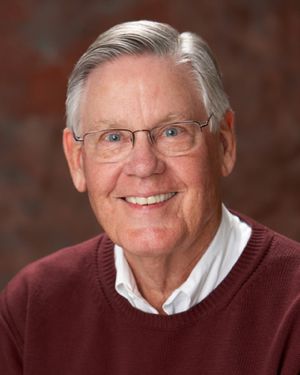 Rich white guy and anti-gay pundit Dick Yarbrough just nabbed himself a state appointment from also not-so-gay-friendly Gov. Nathan Deal. Not bad for someone who advocates unleashing dogs on "gay lovers." Deal, who on occasion pulls the pork with gay diners when he's not throwing them under the bus, picked Yarbrough (photo) as one of two new appointments to the 15-member Georgia Board of Juvenile Justice. Because even young gays in jail need to know the sort of advice Yarbrough dishes out in his syndicated column. On whether Georgia lawmakers should consider a bill requiring that he contributions of LGBT citizens be taught in social science classes:

California schools are already required to teach about women, blacks, Mexicans, entrepreneurs, Asians, Europeans, American Indians and Labor. I don’t know how they are going to cram all of that into one school year, unless they can locate a bisexual Mexican-Indian entrepreneur who belongs to a labor union and knows a lot of blacks and women in Asia and Europe. That could save a lot of time and allow the schools to offer some electives, like math and science. And English.

And on hoop skirt-wearing homos:

Besides, we have a lot of pride in Georgia’s history and the last thing we need to know is that some guy we named a county for used to run around at night in hoop skirts. With all due respect to California, I don’t think our kids could handle that kind of stuff. They are going to be bummed enough as it is when they find out about James Buchanan and William R. King.

And it's all OK because one of his friends is a gay:

Truth in advertising requires me to say that I got more mail from readers - including gays - who thought the column was a hoot than I did from fussbudgets, proving that a sense of humor knows no race, creed, color or sexual orientation. If it is any solace to my gay friends, the Bible thumpers are on my case now and they have a near-monopoly on humor-impairment, but don’t give up.

But his best (worst?) came when he called on Marietta cops to unleash their dogs on men who cruise city parks for gay sex:

With a little instruction, dogs could be taught to severely dislike the gay lovers in Burruss and Wildwood and bite them in the fanny and do what City Council should have done years ago—chase them off to Atlanta where they belong. Assuming that works, we will then tell the canines that cell phone users are really just possums with bad attitudes. The dogs will take it from there and then maybe the rest of us can have a little peace and quiet in Glover Park.