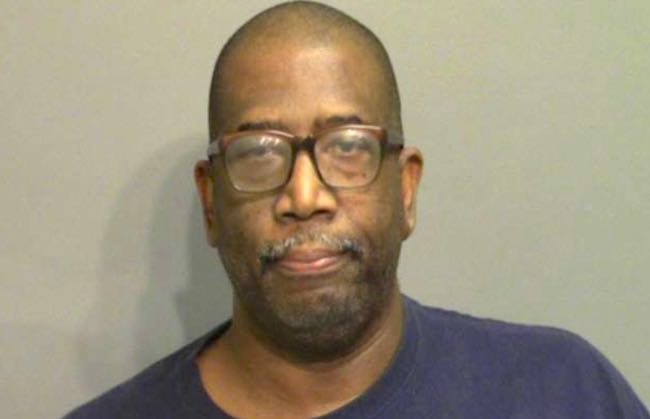 An anti-gay Georgia pastor who said victims of the Pulse gay club massacre got “what they deserve” was found guilty of child molestation over his sexual relationship with two teens.

Adkins, 57, faces life in prison when he is sentenced April 25.

Prosecutors said Adkins had sex with the teen couple – both 15 – seven years ago after he groomed them for a relationship. The sex took place in Adkins' church office, at the beach and his car between August 2009 and March 2010. Via Jacksonville.com:

Katie Gropper, the assistant district attorney who tried the case, said all the victim ever wanted was to be believed. The young man, a specialist in the Army stationed at Fort Leavenworth in Kansas, came forward a year ago and told the military about his past life with his girlfriend and Adkins. He admitted offering up his girlfriend sexually to Adkins seven years ago, when he and the girl were 15 and Adkins was 50. He said the sex was never forced, and that Adkins had been a good man to him, providing him with money and support. But he also said he didn’t want

Adkins to be able to do the same with other underage youth. The age of consent in Georgia is 16.

“He just wanted some validation,” Gropper told the jury during her closing arguments. “All this … is for somebody to believe him.”

The male victim – now 22, gay and married – testified for four hours on Wednesday. Via Jacksonville.com:

He spoke of the gratitude he felt for Adkins who was allowing him to have sex with his girlfriend at a young age and without getting into trouble. He spoke of wanting to give him something in return, so he offered Adkins his girlfriend when they were 15 and Adkins 50. He spoke of them having oral sex with each other when he had already passed Georgia’s age of consent, which is 16. He spoke of Adkins never forcing himself on him.

“Why did you do it then?” asked Assistant District Attorney Katie Gropper.

“I don’t know why I did it. It just happened,” the young man said.

“How do you feel?” Gropper asked.

“I respected him, like my dad. At that point I’d do anything to keep him around so he wouldn’t leave me,” he said.

In 2014, when the victim was enlisted in the Army and stationed in Germany, Adkins emailed him two photos of the pastor's genitals. Adkins told investigators he sent the photos when the victim requested them. Via Golden Isles News:

At one point, they specifically questioned his involvement with two photographs of a black male’s private parts sent from Adkins’ public relations company’s email account to A.J. in November 2014.

One agent could be heard saying, “I know it was sent from your phone to your email to (A.J.).”

Adkins then said he only sent the photos because A.J. asked for them. That also occurred well after A.J. reached majority age, and Adkins reiterated that he did not mess around with children.

The relationship between Adkins and the man continued for several years and included Adkins exerting control over the man's finances. Via Jacksonville.com:

A few years ago the male took out a several-thousand-dollar loan for Adkins and Adkins never paid it back in full. Adkins also had power of attorney over the male’s money and the male testified last week that when checking out at the commissary, he learned his account had been drained.

Adkins did not testify during the trial. But after the verdict, he expressed surprise to Jacksonville.com:

“Quite frankly I’m surprised with the verdict,” Adkins said in a phone call from jail less than two hours after the verdict. Despite evidence suggesting Adkins did have some sort of sexual relationships with the male and female, Adkins in his phone call continued to say he never had sex with them.

When asked about photos and electronic messages he sent, he said, “Those were bad decisions. I cannot justify any of that.”

Adkins' attorney, Kevin Gough, said he will appeal the verdict and ask for a new trial. He also took aim at the male victim, questioning his motives and suggesting that he was lying or lashing back at Adkins for his anti-LGBT views. Via Jacksonville.com:

Gough also suggested the male victim could be a narcissist or perhaps a sociopath.

“Someone who can look you in the face and lie,” Gough said.

He also suggested the man, who came forward with the allegations just months before he married another man, could have been getting back at Adkins because of Adkins’ vitriol about gays, gay marriage and transgender issues.

Last June, Adkins criticized LGBT people a day after a gunman killed 49 people and injured more than 50 others inside Pulse in Orlando.

The pastor, who lived in Brunswick and operated a public relations business in Jacksonville, also rallied opposition to an LGBT-inclusive non-discrimination ordinance that was being considered in the Florida city.