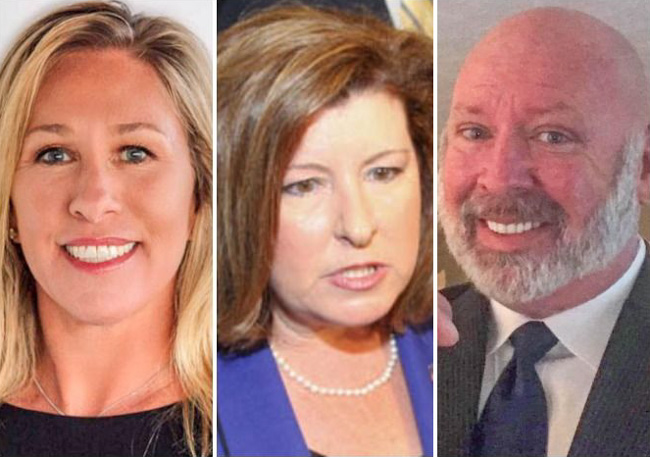 The three remaining candidates in the Republican primary for the 6th Congressional District seat have stacked up anti-LGBTQ records that critics said are out of touch with voters in the Cobb County district.

That won’t bode well in a district whose voters’ views on LGBTQ issues have shifted over the years, according to Jeff Graham, executive director for Georgia Equality.

“The polling that we have been doing as long as I’ve been at Georgia Equality actually indicates that majorities of people who live in Cobb County, which composes most of the 6th Congressional District, are actually supportive of issues relating to the LGBTQ community and especially to issues relating to nondiscrimination,” he told Project Q Atlanta.

“We have seen over the past several years a movement to embrace LGBT families. We know there are a large number of LGBT families who live in the 6th Congressional District,” Graham added.

The winner of the GOP primary will face U.S. House Rep. Lucy McBath, a Democrat who marched in the Atlanta Pride parade, later in 2020. The district includes eastern Cobb County, northern Fulton County and the Dunwoody area of northern DeKalb County.

Handel’s views on LGBTQ issues are a vulnerability in the race, according to Graham.

“The comments she has made and never reversed her decision on indicate that she’ll never be supportive of LGBT families, especially those with children,” he said.

And Greene (photo left) and Bolena (photo right) are even more extreme than Handel, Graham said.

“They are making extremely disturbing, some would say borderline threatening, comments about LGBT folks,” he said. 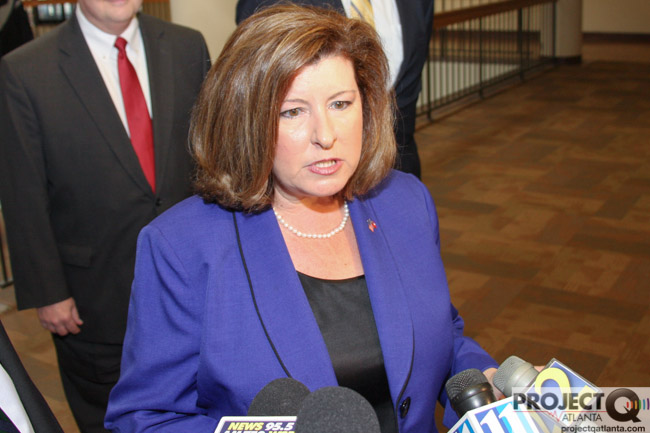 The tale of the anti-LGBTQ tape for Handel is especially long.

She doubled down on her opposition to gay adoption in the final days of her 2017 race against Jon Ossoff, but was still able to win the 6th District seat. Handel then lost to McBath in the November 2018 election, and she’s going for the rematch in 2020.

The Southern Poverty Law Center in August uncovered offensive Facebook posts written by Greene. Days before a Drag Queen Story Time event at an Alpharetta library in April, she wrote, “Trans does not mean gender change, it just means a gender refusal and gender pretending! Truth is truth, it is not a choice!!!”

Project Q obtained a 90-minute video that Greene recorded at the Drag Queen Story Time event. She said the event was “an attack on our children,” and she called Steven Igarashi-Ball — who performs under the name Miss Terra Cotta Sugarbaker and hosted the event — an “abomination.”

Greene announced her candidacy for the 6th District seat the following month.

Bolena dropped out of the race in August after publicly identifying himself as a white nationalist. Fulton County GOP officials pressured him to leave the race, according to Bolena.

Bolena claimed in a video that he wanted to go to Congress “to say it’s okay if you don’t want to accept homosexuality. You don’t have to.” Bolena later reentered the race.

Both Bolena and Greene spoke at a Georgia Log Cabin Republicans luncheon in June. Handel appeared during a September meeting.

Greene and Bolena face extremely long odds against Handel in the GOP primary. Handel has secured endorsements from U.S. Sens. Johnny Isakson and David Perdue of Georgia, as well as Gov. Brian Kemp, according to the AJC.