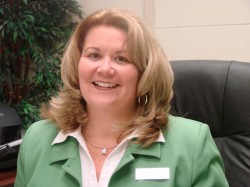 The parents of a mentally impaired student in north Georgia who committed suicide last October are suing his former school system, alleging that administrators did nothing to stop the bullying their 17-year-old son faced.

Tyler Lee Long, diagnosed with a form of Autism known as Asperger’s Disorder, hung himself last October after becoming depressed over what his parents allege was near-constant harassment, bullying and taunting by classmates at Murray County High School in Chatsworth, Ga.

David and Tina Long filed a federal lawsuit in the Northern District of Georgia in late January and amended the complaint a month later. They seek punitive damages and allege Tyler’s right to equal protection was violated and that by failing to stop the harassment, that school administrators indirectly contributed to his death.

The lawsuit spells out a disturbing series of incidents that Tyler allegedly suffered, including being spit on, chased, pushed down stairs, punched and verbally harassed. His mother told the Atlanta Journal-Constitution that the taunts also included being called gay, though the allegation is not included in the 26-page lawsuit.

“He hated school,” his mother said. “They would spit in his food, call him ‘gay,’ smack him and say, ‘I can’t wait until you are six feet under!’ A lot of [the] time he would go to the counselor’s office and call me. We complained, but nothing much was done. If we had the financial means, we would have put him somewhere else.”

The lawsuit spells out several instances of alleged harassment, abuse and taunting, including during the 2008-09 school years.

“During the 2008 and 2009 school years, among other incidents, Tyler Lee Long was routinely punched and physically assaulted; thrown into lockers; told by other students that they could not ‘wait until you get six-feet under’; had his food spit into and food stuffed in his mouth at lunch in front of other students, once being told to ‘eat that bitch,’” according to the lawsuit.

The lawsuit comes as the General Assembly considers legislation that would toughen the state’s anti-bullying law. Earlier this month, the state House tabled House Bill 927, a measure backed by LGBT groups and others that was expected to pass with bi-partisan support.

H.B. 927 offers a sweeping definition of bullying and mandates that local school systems develop anti-bullying policies by August 2011. It also directs the state Department of Education to develop a model policy about bullying by January 2011. But the legislation does not include specific protected categories in its definition of bullying. Instead, it describes the act as threats of injury, displays of force used to intimidate a victim, or written, verbal and physical acts “which a reasonable person would perceive as being intended to threaten, harass, or intimidate.”

The legislation is one of two House bills that address bullying, a top priority of Georgia Equality for the General Assembly this year. The other proposal, House Bill 940, is being considered by the House Education committee.

Bullying gained widespread attention last year when an 11-year-old DeKalb County student, Jaheem Herrera, committed suicide after facing anti-gay taunts from classmates. A report from the school system later said Herrera was not bullied at his elementary school, despite reports from his mother and parents of classmates.