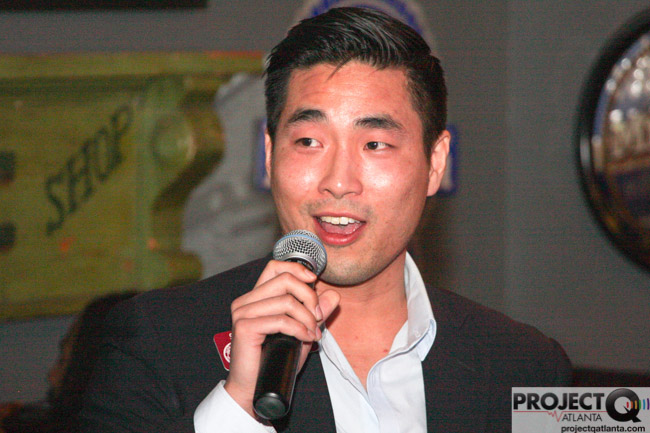 A controversial “religious freedom” bill failed to clear a key legislative hurdle on Friday, but LGBT activists warned opponents of the measure to remain vigilant until the legislative session ends in late March.

Senate Bill 233 failed to win a vote in the Senate by Friday's Crossover Day deadline. That means the bill – legislation that Gov. Nathan Deal and top legislative leaders said publicly that they didn't want – has a tougher road to passage before the legislative session ends on March 30.

But it's not impossible. A similar scenario played out in 2016 with a much more sweeping anti-LGBT bill. On Friday, “religious freedom” supporter Sen. Josh McKoon tried twice to attach language from the bill onto other measures. He failed.

@JoshMcKoon tried to introduce a religious freedom amendment to the pipeline bill. @CaseyCagle wasn't having it. #gapol

@JoshMcKoon tried for a second time to introduce a floor amendment to add religious freedom to an unrelated bill. It was rejected. #gapol

So activists are watching lawmakers closely and warning LGBT people to remain vigilant in the final days of the legislative session.

“RFRA, while it is very toxic, they will use this sort of maneuver to try and attach it onto bills,” said Jeff Graham, Georgia Equality's executive director. “We've seen them try this in the past. That's why we look to remain vigilant, to watch all the way through until midnight on March 30.”

Graham also warned that the bill will remain active through the 2018 legislative session.

Last week, the legislation gained a key ally in Sen. David Shafer, the Republican president pro tem of the Senate, when he signed on as a co-sponsor, according to the AJC. Shafer sits on the powerful Senate Rules Committee, which decides the bills that go before the full Senate for a vote. SB 233 was assigned to the committee, prompting a Senate floor fight, and it's the same panel that in 2016 took the House-passed Pastor Protection Act and turned it into an omnibus hate bill that targeted LGBT people and others. The Senate and House then passed the bill and ignited a national controversy before Deal vetoed it.

“It was very late in the legislative session, which just shows the type of shenanigans that can happen and how quickly things can move. There could be a bill that seems very innocent and that nobody is even watching that could have this language attached to it. They are very serious about passing RFRA,” Graham said.

“RFRA is still alive,” Park said. “We still have to be vigilant. That's why we have to continue to watch what is going on, continue to participate and ensure that bad bills don't move forward.”

Park urged the activists to also lobby their lawmakers on LGBT-inclusive legislation that has been introduced in recent weeks.

“Continue to push your legislators on comprehensive civil rights legislation because it is something that our community in particular, along with many others, needs,” Park said.

“We are definitely bringing up the issues that matter to our community,” Cannon said. “We are there to make sure we are bringing up contemporary issues but we're also having to focus on the legislation that is moving very quickly.”