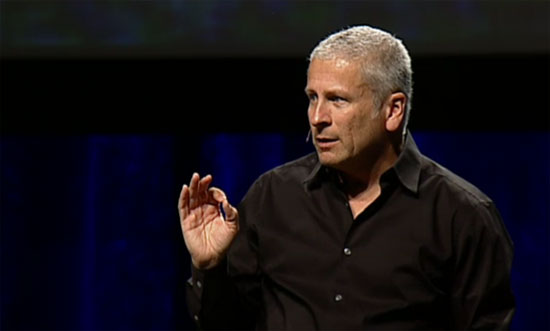 The conservative Atlanta megachurch pastor tapped to deliver the benediction at President Obama’s inauguration on Monday has pulled himself out of the ceremony as criticism mounts over his anti-gay sermons.

Rev. Louie Giglio, the pastor of Passion City Church that last week drew 60,000 attendees to his annual gathering for young Christians, was announced on Tuesday as the pastor to deliver Obama’s benediction. A day later, Think Progress exposed a mid-1990s sermon that details his anti-gay views, and by Thursday Giglio withdraws.

The sermon Think Progress cited, “In Search of a Standard – Christian Response to Homosexuality,” promotes “ex-gay” therapy and implores Christians to respond to the “aggressive” gay agenda. It also references a biblical passage understood to require that gay people should be executed.

The Presidential Inaugural Committee told BuzzFeed that it wasn’t aware of Gigilo’s past anti-gay statement:

Addie Whisenant of the Presidential Inaugural Committee told BuzzFeed, “We were not aware of Pastor Giglio’s past comments at the time of his selection and they don’t reflect our desire to celebrate the strength and diversity of our country at this Inaugural. Pastor Giglio was asked to deliver the benediction in large part for his leadership in combating human trafficking around the world. As we now work to select someone to deliver the benediction, we will ensure their beliefs reflect this administration’s vision of inclusion and acceptance for all Americans.”

Highlights from the sermon, according to Think Progress:

Christians must fight against LGBT-equality:

(2:40) We must not just sit quietly by and stick our heads in the sand and let whatever happens happen in our country. We’ve got to respond to the world that we live in. That is the mandate that comes to us as people of God. And this issue is coming more and more to the forefront every day.

(31:45) We must lovingly but firmly respond to the aggressive agenda of not all, but of many in the homosexual community. … Underneath this issue is a very powerful and aggressive moment. That movement is not a benevolent movement, it is a movement to seize by any means necessary the feeling and the mood of the day, to the point where the homosexual lifestyle becomes accepted as a norm in our society and is given full standing as any other lifestyle, as it relates to family.
Homosexuality is a sin:

(9:20) [God] says very clearly in [Leviticus], verse 22, after he talks about a lot of different kinds of relationships, he says in verse 22: “You shall not lie with a male as one lies with a female. It is an abomination.” Now if you would look forward into the New Testament context, to the passage that most of us know most commonly with this issue, into chapter one of the book of Romans, let’s read a few verses together beginning in verse 18. If you’re taking notes tonight, you might make this the note of Leviticus 20:13 and the book of Jude, we won’t look at those passages but there is some support and encouragement there to this topic.

(28:20) I would refer you maybe just to the article “Born gay?” by Joe Dallas, who is the president of a ministry that helps with homosexuals in “recovery.” It was found in Christianity Today in June of 1992. It really unfolds for us that the evidence that they say is there, that the media wants to tell us is there really isn’t there at all. But I want to tell you this tonight. Even if it was there… How do you respond to that? How do you respond to the news reports that we’re hearing in the last few months that there is a genetic tendency to be an over-eater and it’s been supposedly proved by the scientists? That there is a genetic tendency to addictive behavior. Alcoholics by and large have a genetic tendency to addictive behavior. I predict in our lifetimes and not a very long period of time from now, scientists and geneticists will have found a way to prove a gene theory for every malfunction in sinful society. And do you know why? We talked about it the very first week—because we do not want responsibility for our choices.

Gay people are going to Hell:

(47:40) First Corinthians, Chapter 6. In verses nine and 10, it talks about the things that prevent people from entering the Kingdom of God. It talks about all kinds of immoral behavior. And right in the midst of that passage, right in the middle of that verse it says “and those who are homosexual.” It’s clear.
Gay people can become straight through Christianity:

(40:25) As the church of Jesus Christ, we cannot sit on the sidelines, we cannot sit back inside our churches, but we must reach out and we must aggressively move toward the homosexual community because we have a message and we’ve got something to say… our message is we know Jesus Christ and Jesus Christ is powerful enough to do anything and to do everything. And the only way out of a homosexual lifestyle, the only way out of a relationship that has been engrained over years of time, is through the healing power of Jesus.

(43:16) We’ve got to say the homosexuals, the same thing that I say to you and that you would say to me… it’s not easy to change, but it is possible to change.

The brewing controversy mirrored one in 2009 when Obama selected anti-gay Rev. Rick Warren to deliver the invocation during his first inauguration. Warren’s stop in Atlanta prompted a rowdy protest from LGBT opponents in January 2009.

Giglio’s Passion 2013 conference, which ended on Friday, packed the Georgia Dome. It also prompted at least one gay Atlanta man to offer some very specific gay outreach to participants.

UPDATE: Giglio released a statement Thursday, criticizing “those seeking to make their agenda the focal point of the inauguration. In it, he does not dispute the anti-gay sermon cited by Think Progress.

Though I was invited by the President of the United States to pray at his upcoming inauguration, after conversations between our team and the White House I am no longer serving in that role. I sent the following statement to the White House today:

I am honored to be invited by the President to give the benediction at the upcoming inaugural on January 21. Though the President and I do not agree on every issue, we have fashioned a friendship around common goals and ideals, most notably, ending slavery in all its forms.

Due to a message of mine that has surfaced from 15-20 years ago, it is likely that my participation, and the prayer I would offer, will be dwarfed by those seeking to make their agenda the focal point of the inauguration. Clearly, speaking on this issue has not been in the range of my priorities in the past fifteen years. Instead, my aim has been to call people to ultimate significance as we make much of Jesus Christ.

Neither I, nor our team, feel it best serves the core message and goals we are seeking to accomplish to be in a fight on an issue not of our choosing, thus I respectfully withdraw my acceptance of the President’s invitation. I will continue to pray regularly for the President, and urge the nation to do so. I will most certainly pray for him on Inauguration Day.

Our nation is deeply divided and hurting, and more than ever we need God’s grace and mercy in our time of need.

The issue of homosexuality (which a particular message of mine some 20 years ago addressed) is one of the most difficult our nation will navigate. However, individuals’ rights of freedom, and the collective right to hold differing views on any subject is a critical balance we, as a people, must recover and preserve.

As a pastor, my mission is to love people, and lead them well, while lifting up the name of Jesus above anything else. I’m confident that anyone who knows me or has listened to the multitude of messages I have given in the last decade would most likely conclude that I am not easily characterized as being opposed to people—any people. Rather, I am constantly seeking to understand where all people are coming from and how to best serve them as I point them to Jesus.

In all things, the most helpful thing I can do is to invite each of us to wrestle with scripture and its implications for our lives. God’s words trump all opinions, including mine, and in the end, I believe God’s words lead to life.

My greatest desire is that we not be distracted from the things we are focused on…seeing people in our city come to know Jesus, and speaking up for the last and least of these throughout the world.

Honored to be your pastor,