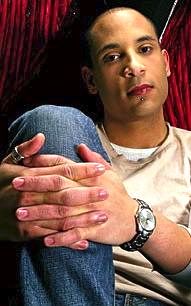 The gay adoptive son of anti-gay, anti-abortion activist Randall Terry was killed in a two-car accident in Gwinnett County last week, prompting his estranged father to issue a statement condemning homosexuality and pitching his pro-life views. Jamiel Terry, 31, died in the 7 a.m. accident on Nov. 30 after the Plymouth Breeze he was driving apparently crossed the center line of Dickens Road near Lilburn and slammed head on into another vehicle. The accident killed Terry and injured three people in the other vehicle, according to Gwinnett police. Investigators haven’t said what led to the accident, though alcohol or speed didn’t appear to be factors. Terry moved to Gwinnett about three months ago to be closer to his two sisters. Randall Terry adopted Jamiel Terry in 1994 after serving as a foster parent for three years. When Jamiel came out as gay in an Out magazine essay in 2004, his father published his own essay to criticize him, “My Prodigal Son, the Homosexual.” Jamiel Terry’s sister, Ebony Whetstone, said her brother’s death is a loss to the family and LGBT people. "He was insanely intelligent ... and he was definitely conscious politically, spiritually, emotionally," Whetstone told the Gwinnett Daily Post. "It's a huge loss to the community, a huge loss to the world, because he has so much to offer." In a statement after his son’s death, Terry said the two had recently started speaking regularly. But the statement also serves Terry’s political purposes, highlighting his opposition to homosexuality and his pro-life efforts.

"We are all in a state of shock, and unthinkable grief. I loved him dearly; we all did. "Jamiel had a brilliant mind, and was a gentle soul. And as anyone knows who has spent time with him, he was funny, articulate, and a formidable debater on many topics. "I thank God that Jamiel and I spoke regularly, and texted each other about a wide variety issues, frequently discussing and debating elections, politics and policy, to which we have both dedicated our time and talents. "While we remained irreconcilable on the issue of 'homosexual marriage,' Jamiel remained firmly pro-life, and recently helped convince a young woman to not kill her child by abortion. There were many other issues that we kicked around -- with laughter and good humor. "We had recently agreed to hold joint speaking events at colleges and other venues, to discuss and debate the issues that are dear to us as a 'father and son' lecture team. I wish to God we had been able to do even one of them. "We beg you for your prayers for our family, and beg you to pray for the mercy of God, and the eternal rest of Jamiel's soul. He will be sorely missed. We still cannot believe this is happening. God have mercy; Christ have mercy."

A funeral mass was held Saturday for Terry. He will be buried in Rochester, N.Y. on Wednesday.