Another one bites the dust: Paris Decatur out 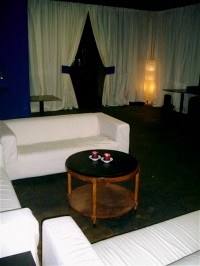 Just nine weeks after the Bodyshop and Stage Door hosted their last hoorahs, the lesbian-owned Paris Decatur announces that it’s out of gay Atlanta’s nightlife picture after a final weekend on March 26-27.

“It’s over! Thanks to everyone who supported Paris for the last three years,” owner Susan Bird tells Facebook followers of the bar. “It’s time to move on.”

Other than the “Sukeban!” parties, which had a loyal niche following, the bar in a Decatur strip mall struggled to get patrons through the door on a regular basis.

Bird & Co. tried everything from Boys Nights to special events and drastic drink specials. Some of those ideas worked as one-off successes, but on regular nights, the bar drew increasingly few to its cute, comfortable atmosphere and friendly vibe (photo).

“I met some incredible people owning this bar, and I will miss that,” Bird continues in her statement. “We had some fabulous times…memorable at least!”

The closing coincides with the end of the bar’s lease. Bird invites all comers to the bar this weekend and next, including a final-night “Sukeban!” sendoff party on March 27 that features an Olivia cruise giveaway as part of the festivities.

“Please come to say goodbye,” Bird says, noting that she will personally be working the crowd on March 20, 26 and 27.

The shuttering of Paris Decatur makes us relive the loss of so many bars—especially outside Midtown—in recent years. Despite being named The Gayest City in the U.S. recently—based in large part on our plethora of gay bars—the Atlanta scene will miss the diverse options that bars like Paris Decatur offered to their niche.

Lesbian-owned bars remaining in Atlanta now are Bellissima in Amsterdam Walk, and My Sisters’ Room, which left Decatur for more lucrative digs in East Atlanta a few years ago.