Animal Plant turns up the heat with new show 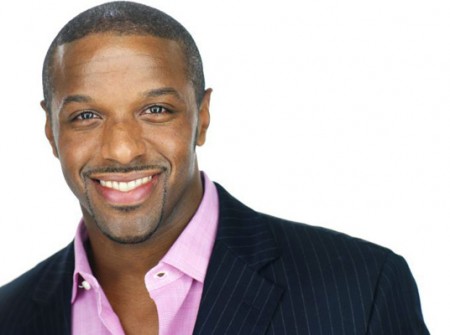 Who knew training your dog could be so sexy?

Animal Planet’s newest show, “Underdog to Wonderdog,” aired its second episode on Saturday. I just happened to catch it while channel surfing to compensate for an awful evening of television, but was richly rewarded with this show’s offering of useful tips, a heartwarming story and two hunks that seem to have eyes for one another.

The Doogie Wonder Team — otherwise known as the show’s crew — includes hunky host J. Ryan Smith, an attorney turned TV personality who also puts in time as a co-host on BET’s current affairs show “My Two Cents.” Joining him on “Underdog” is equally hunky David Leon, a former Art Institute of Atlanta student and current contractor and actor who handles the design and build aspects of the show. (Rounding out the team Andrea Arden, the trainer, and Ali McLennan, the groomer.)

In “Benlo,” the episode I caught, the undertones of some sparks between Leon and Smith are apparent, including a quick look late in the show from Leon to Smith as he turns away that most any gay man would recognize as full of lust. That’s a polite way to describe it.

But alas, a quick Google check finds evidence that Smith’s straight creds are in order. In a sometimes pointed discussion about ex-gays on “Two Cents,” Smith is repeatedly labeled straight by a co-host, though he does get it right when it comes to dissing the ex-gay movement. (Give credit to BET for their diverse panel, which in its rotation includes lesbian comic Gloria Bigelow and gay activist and author Keith Boykin.)

“I am one of those people who believe that being gay or lesbian is not a choice,” Smith opines.

OK, that’s good, though not a definitive statement on his sexual orientation. But in a later clip on the same subject, Smith talks about whether he’d want to know if a women he’s dating had hooked up with a gay man.

“I do think there is a little bit in me that says that there is something about a women being with a man who is gay and some greater possibility of disease,” Smith adds.

That’s pretty indicative of a straight guy without a clue and some out-of-touch views on gay men and HIV, which I’m assuming was his implication.

As for Leon, Google leads to nothing that proves his orientation one way or other. So, I’ll continue to watch the show for more lustful looks and in the process, learn some helpful tips about training my seven-month-old puppy.