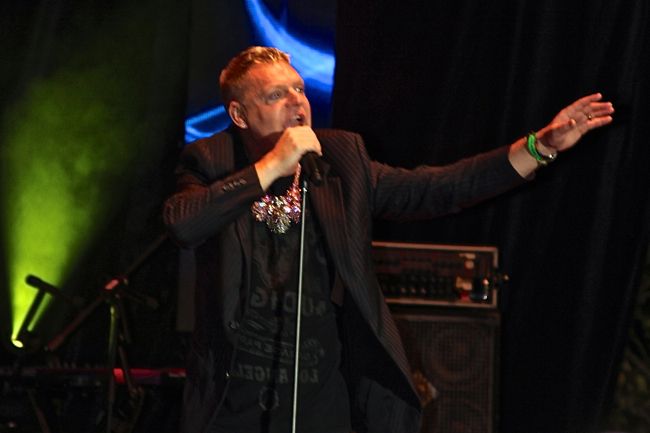 The unmistakable voice of Erasure’s own Andy Bell flooded Piedmont Park on Saturday night during Atlanta Pride. The openly gay HIV activist and singer of ‘80s pop fame thrilled longtime fans while making new ones in a high-energy set.

Brought to Pride by sponsors David Atlanta and Project Q Atlanta in association with Jungle and Brushstrokes, Bell got the rowdy crowd to its feet. When he doffed his jacket and started dancing with his hands in the air, the audience followed suit.