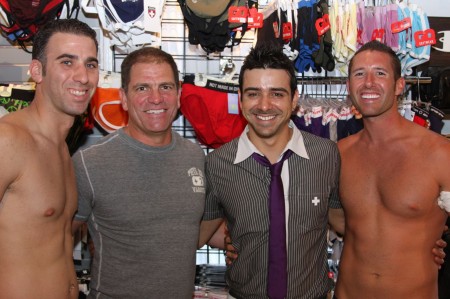 Call him the Panty Christ, the Underwear Queen or a gaylebrity.

But just so long as you remember his name — Andrew Christian — and how his underwear and clothing makes your body parts look so good, the Los Angeles-based designer doesn’t mind.

He spent some time in Atlanta over the weekend, signing autographs and meeting consumers of his briefs at Boy Next Door and putting on a fashion show at Primal. All in all, it was a whirlwind trip through the ATL. But then again, Christian is a busy gay.

He’s a competitor on Bravo’s new “The Fashion Show” and in the midst of his Meet & Greet World Tour that still has stops in Seattle, Houston, Dallas, San Francisco, Chicago, New York and London before it ends in late June. The show recently wrapped taping save for the reunion special, though Christian wouldn’t divulge any details about how he fared.

“[‘The Fashion Show’] shows a different side of my design sensibility and design talents and that I can design more than just underwear,” Christian says in a brief (pun intended) interview between autographs on Saturday. “Not only do you have to create something that looks good for the judges, you have time constraints. That’s the toughest part of the show.”

In one episode, Christian says, the design work was so compressed, he ended the challenge with bloody fingers.

“It’s definitely a good experience. I got to meet a lot of great people,” Christian says.

While he was all smiles Saturday, Christian says that can change pretty quickly.

Andrew has been known to throw an entire rack of samples across the room if it’s not up to his standard. “Don’t be caught off guard by my cute smile, I’m a bitch.” 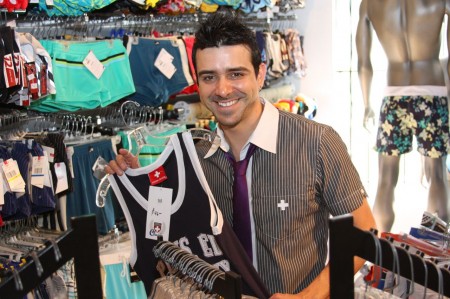