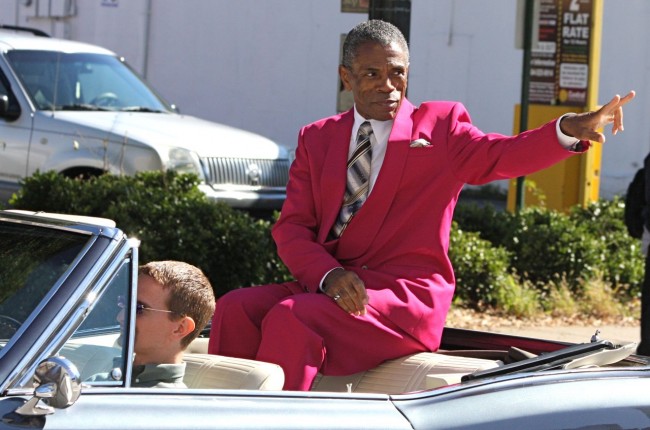 It’s a busy time for award-winning actor Andre De Shields. There’s his Sunday romp through the Atlanta Pride parade in a sizzling pink suit, his comedy at the Alliance and now some more exposure in a national paper.

De Shields (top photo) took part in the Pride parade as one of eight honorary grand marshals. He enjoyed the spotlight, waving and pointing to folks as he rode along the parade route. He’s an award-winning actor, director and choreographer and educator who’s garnered critical acclaim for his Broadway performances.

For another week, he’s in Atlanta appearing the Alliance Theatre’s “A Life In The Theater,” a comedy about stage life.

And it’s that stage experience that interested the Wall Street Journal, which included him in a Friday story about how the dressing rooms of Broadway stars are becoming getaways worthy of designer makeovers.

André De Shields, who stars in “A Life in the Theatre,” a comedy about stage life at Atlanta’s Alliance Theatre, says the most important feature of the space is, literally, its spirit. During a run of “Ain’t Misbehavin'” in Paris nearly 30 years ago, he says he couldn’t figure out why he felt overpowered when he set foot in his dressing room. Finally, he says, a producer told him stage legend Sarah Bernhardt had once used the same space. “There was a spirit of largeness, hugeness, accomplishment,” he says. “I knew I hadn’t brought it—but Ms. Bernhardt left it there.” 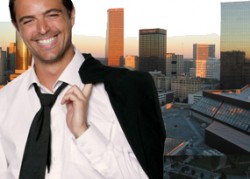 Besides De Shield, there’s other gay appeal in the WSJ piece. It’s focused on Carrie Fisher and her dressing room makeover by gay Atlanta designer John Gidding (photo), who has gained a certain cachet with his HGTV work.

Ms. Fisher relaxes backstage amid candy-colored stripes on the walls, an electrified neon strip in the bathroom (a nod to the theater’s disco past) and “Star Wars” kitsch scattered around, including a painting of a white poodle with Princess Leia buns. Mr. Gidding recalls Ms. Fisher telling him she has pictures of funny-looking kids in her Los Angeles home, so he also hung up a photo of a child with big ears. “It’s someone’s baby that someone I know knows,” he says, adding that the parents don’t know their child’s face has been repurposed as dressing-room décor.