An inside look at traveling out in Atlanta 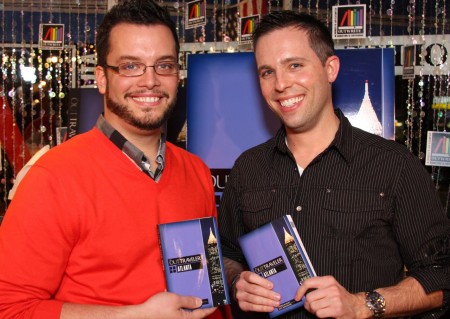 Add a little swag, a new book and some alcohol and you’ve got a launch party.

That’s exactly what Matt Burkhalter and Jordan McAuley (photo) had in mind on Wednesday for the debut of “Out Traveler: Atlanta,” their new guide to gay Atlanta. It’s the second rendition of the guide from the local authors, who first published “ATLANTAboy: An Insider’s Guide to Gay Atlanta” in 2005.

On Wednesday, despite rain, heavy winds and tornado warnings across metro Atlanta, the guys drew a festive crowd to Outwrite Bookstore & Coffeehouse in Midtown for the book launch. A shirtless bartender and 100 gift bags stocked with goodies didn’t hurt their cause, either. 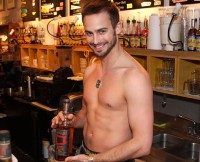 Read more about McAuley, Burkhalter and their new book.