Amy Ray lets us in to breathe ‘Lung of Love’ 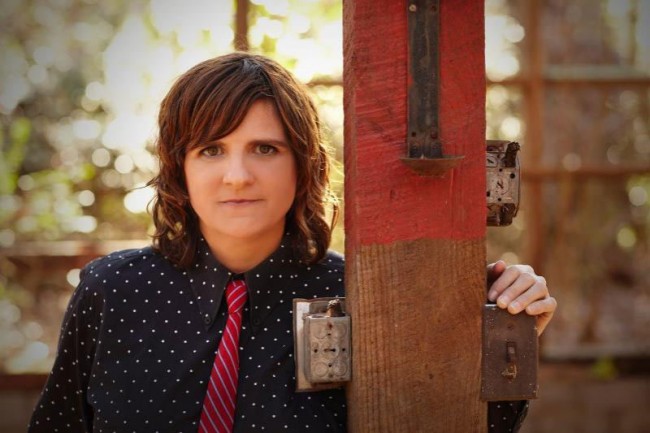 Decatur native Amy Ray is no stranger to hard work. After fall’s Indigo Girls release of “Beauty Queen Sister,” she hit the road solo in January for some acoustic gigs previewing “Lung of Love,” out Tuesday. She talks with Project Q about the album and upcoming local show. 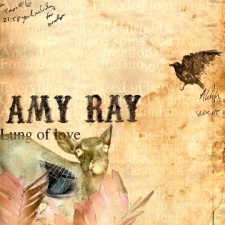 As the lesbian legend’s fourth studio album as a solo artist, “Lung” (second photo) rewards gay fans for waiting patiently among a few free download teasers with an eclectic blend of songs that showcase her voice as well as her talents as a songwriter. She’s written some of the most iconic Indigo Girls songs – among them “Land of Canaan,” “Joking,” “Chickenman,” and “Shame on You” – and some of the songs from “Lung of Love” will undoubtedly find their place alongside those classics.

Ray took time out of a busy schedule to speak with us about “Lung of Love,” her writing process, life on the road, and the March 10 album release party in Atlanta.

What inspired the songs on “Lung of Love”?
I don’t get one big inspiration and write all the songs. Throughout the year, I take time to write, and I just work on songs. It could be relationships with friends, political stuff, experiences I’ve had. I just start writing everything and then record and whittle down.

What are some of your favorite tracks on the album and why?
It’s hard for me to have favorites at this point because it’s so new. Every track was recorded in a different mood, different days, and those affect the recordings. I recorded this in Greensboro, N.C., in a big, lofty building and there are a few churches that use the space. I recorded the song “The Rock is My Foundation” on a Sunday, and there were some churches in session. It’s a big gospel song and you could hear some of the choirs down the hallway, and we recorded that one live.

“Little Revolution,” I like the lyrics and it just tells my life right now. It’s a pop track and I like that, the dance-y pop songs. “Glow” is a more dance-y song. “Lung of Love” is kind-of like an old-school R&B song with some Brit-pop from the ‘80s. All of these songs are coming from different directions, but they hang together really well.

When I’m writing, I sometimes will switch to my electric guitar for solo songs as opposed to my acoustic guitar for Indigo Girls songs. I might leave room for harmonies or different instrumentation depending on who might record it. I try to write what is best for each song.

You tap into powerful emotions and paint evocative images. Is it taxing or cathartic?
I guess it’s both. It’s cathartic when something comes from your work, when something comes out, when it’s worth using and it’s something from your mind. It’s hard writing and having those things come out. It’s a discipline. You have to edit and trim and look for things to use for the songs.

They have their catharses that pay-off; this is what I wanted to say. For every one song that goes on a record, there are probably three or more that didn’t work out. I edit a lot.

Do you revisit the songs that don’t work out?
I keep them, but I move on. There might be a bridge or a chorus that I might use for something else. At that point, they aren’t finished, but I can refer back to them in my process. I keep careful, detailed records of my tapes and writing books.

It is a discipline, and I have to be organized about it in order to write enough and be as prolific as I want to be. I think it takes a long time for people to believe that. When you first start writing, you want the muse to hit you, but it really is a lot of grease and sweat.

What can Atlanta fans look forward to for the album release party on March 10?
It will be my first show with the whole band performing the new songs from the album, and I’ll be on the road with the rock band for a few months, and then the Indigo Girls will be on tour in the summer.

It’s such a different experience to tour on my own because it’s so different. I’m in a van, and I drive myself a lot of the time. It’s different, totally independent and tiring, but in a good way. At the end of the day, you feel like you really accomplished something. But then I am excited to go back out with Indigo Girls and it’s a different feel. I like the variety.

Buck Cooke is a freelance writer based in Atlanta. He comes armed with a passion for pop culture and rabid appetite for arts and entertainment, scouring the landscape for treasures in music, TV, books and cinema.