All Stripes tailgates its way into new Atlanta United season 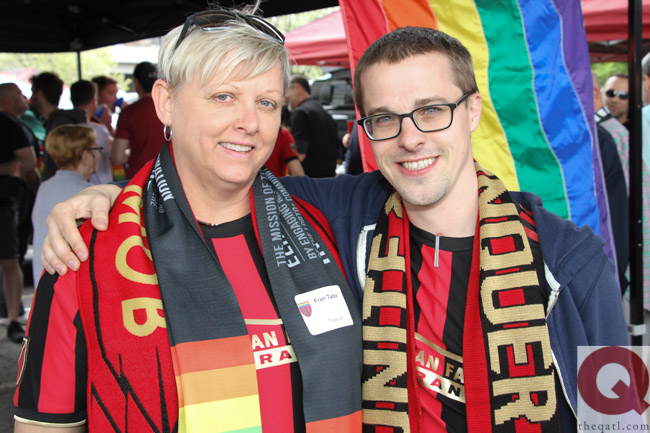 The LGBTs who soccer – or at least support the pros who do – hosted their first tailgate of the 2019 season to cheer on Atlanta United's defense of its Major League Soccer crown.

The afternoon of fun and food – and yes, liquor drinks too – unfolded in the Gulch on Sunday will All Stripes. That's the group of LGBTQ and allied fans of the 5 Stripes who cheer on the team ahead of every home match at Mercedes-Benz Stadium. Gay-owned Las Margaritas provided the eats.

It's the third season for both Atlanta United and All Stripes. The supporters kicked off their social season Feb. 23 with an event at Out Front Theatre.

All Stripes hosts another tailgate on March 17 as Atlanta United faces Philadelphia Union. The group hosts a watch party on March 30 at gay-owned Georgia Beer Garden.