All Stripes kicks off new season of Atlanta United support 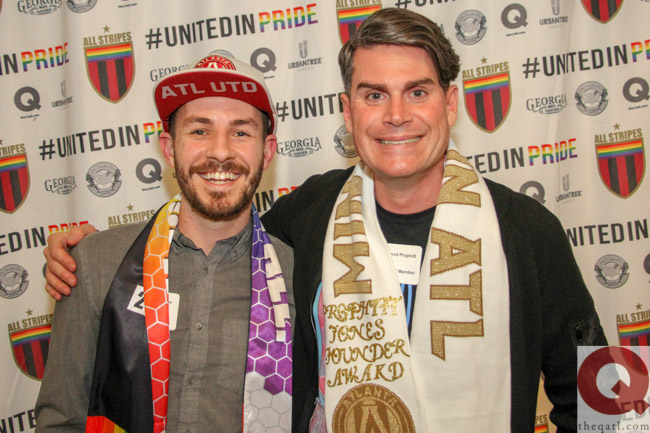 The LGBTQ athletic supporters of pro soccer squad Atlanta United kicked off another season of fun and fundraising on Thursday.

All Stripes held its annual Kickoff Party at Out Front Theatre in West Midtown, signaling that a new season of Atlanta’s professional soccer team is just days away. (The team’s home opener is March 7 at Mercedes-Benz Stadium.)

On Thursday, All Stripes members noshed on food and drinks, met new board members and braced for a season that will include scores of home matches and tailgating in the Gulch, watch parties and fundraising. In 2019, All Stripes raised nearly $5,000 for Soccer in the Streets, Someone Cares and the Health Initiative. In October, the group also marched in its first Atlanta Pride parade