All aboard the Karma Train for Field Day [photos] 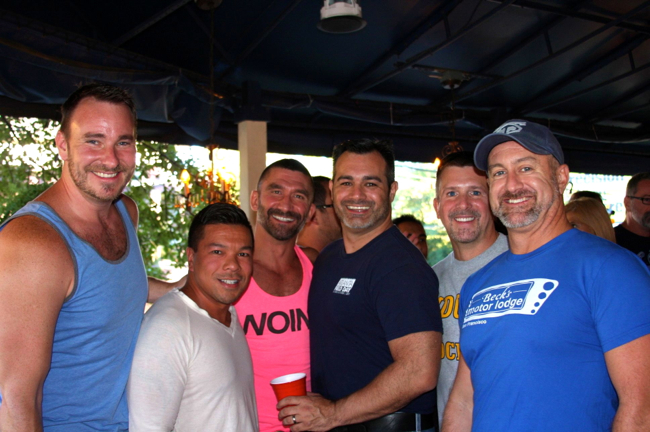 Game on! Well, almost. Before egg tosses, sack races, relays and the like flash back to childhood Field Day retreats for charity on Sept. 15, the Karma Train team psyched up with a beer blast at the Fifth Ivory on Sunday.

Karma Train is among the teams supporting the gay-led and gay-heavy Atlanta Field Day. The main event coming this weekend benefits Jerusalem House and Camp Twin Lakes. Proceeds from Sunday’s day of $10 bottomless beer, Jell-O shots, raffles and music help build the team’s final contribution to the cause.

Speaking of making a day of it, Atlanta Field Day 2012 goes down outside at Westminster Presbyterian Church on Sept. 15 from 9 a.m. – 12 noon. It’s just one of the Best Gay Things To Do in Atlanta This Weekend.