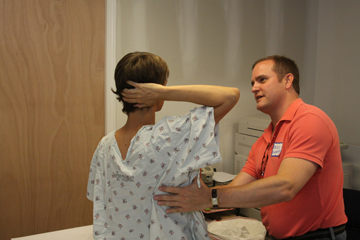 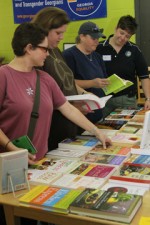 The crowd of people milling about the DeKalb Avenue offices of the Atlanta Lesbian Health Initiative on Saturday was a hint that the non-profit was on to something with its Health Fair to Go.

It turned out that the partnership between ALHI, Piedmont Hospital and several service providers proved popular. During the four-hour event, hospital staff conducted 75 health screenings and 18 clinical breast exams, while the DeKalb County Board of Health completed 27 HIV tests. And all of that was free to the people being pricked, prodded and screened.

ALHI created Health Fair to Go to address the growing demands on its Lesbian Health Fund, which provides health screenings for under- and un-insured women. The fund has experienced an uptick in calls as the economic recession continues.

Up next for ALHI: A massage fundraiser set for Aug. 30. Licensed massage therapist Paula Clancy is donating a day of massages at her Pine Lake office with proceeds from donations for a 50-minute session to benefit ALHI’s Lesbian Health Fund. The group is also in the early stages of planning its Fall Garden Party Fundraiser, set for Oct. 4.