Alexander McQueen film exposes the price to become a legend 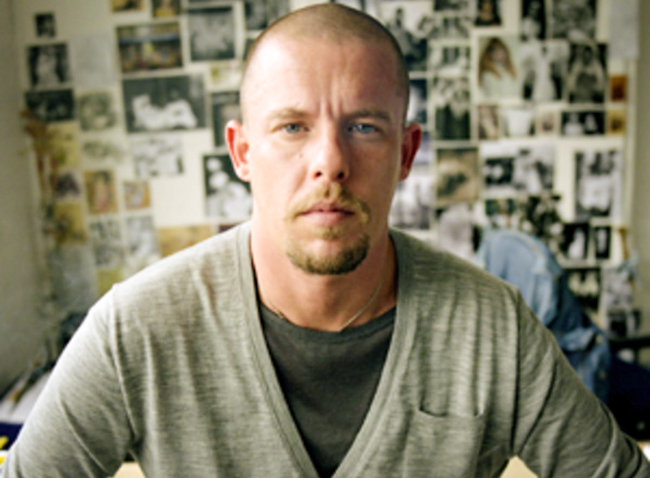 I have to make a confession: I am not a “fashion queen.” I just don’t know that much about that world. Everything I know about it, for the most part, came from Project Runway, The Devil Wears Pradaand Sex and the City, but I can’t tell if a garment was made by Gucci, Halston, or Chanel.

As much as I’m a Luddite when it comes to haute couture, I was captivated by McQueen,the documentary about queer designer Alexander McQueen’s short life and tragic end that opens in Atlanta on Thursday, Aug. 2.

The film combines present-day interviews with the McQueen’s family, friends and business associates with archival footage and stunning visuals from the designer’s life and career.

Before he became the toast of the fashion world, Alexander was just “Lee” to family and friends in East London. Even as a schoolboy, he would sketch clothing. He dropped out of traditional schooling in his teens and talked his way into a fashion course.

He made his nontraditional background work for him by reinterpreting assignments free from the formal background and rules of his classmates and instructors. His show at the culmination of the course, titled “Jack the Ripper Stalks His Victims,” shows how that manifested, and why McQueen commanded early respect.

Even then, his designs were visually striking in an almost otherworldly way. From the beginning, McQueen originals were never merely dresses or blouses. They were goosebump-inducing pieces of art.

History shows, of course, that McQueen made good on the promise and potential of that first show. He went on to close British Fashion Week at just 22 years old, though at the time he was still struggling financially as he became was the toast of the town.

“I was on unemployment benefits,” McQueen explains in an archival interview. “I bought all of my fabric on dole money.”

Ultimately, Alexander McQueen became one of the most celebrated names of his time. He worked as creative director at Givenchy and then Gucci while running his own McQueen label. He won the British Designer of the Year award four times, and he dressed the likes of Michelle Obama, Janet Jackson, Madonna, Cyndi Lauper, Lady Gaga, Sarah Jessica Parker, Cate Blanchett, Beyonce and Gwyneth Paltrow.

By many accounts, McQueen should have been on top of the world, but the designer suffered from depression and anxiety. His personal demons began taking their toll on his mental health.

As he became more successful and made more money, he pursued a drug habit. In the documentary, friends, family and colleagues recount the designer’s transformation from Lee into Alexander – and how he found it increasingly difficult to be himself. McQueen began altering his appearance, got liposuction, and indulged in more drug use.

He was very close with his family and leaned on them for stability. In the end, coping with an HIV+ diagnosis and the stress of running two design houses and producing 14 shows each year got the better of McQueen.

When his mother passed away in 2010, the designer found himself unable to cope. He committed suicide the night before her funeral. Found in his home in of London’s toniest neighborhoods, it was a world away from his humble beginnings in the city’s hardscrabble East End.

“I don’t like the norm,” McQueen says in one of the documentary clips. “You don’t move forward if you play it safe.”

The film leaves us wishing McQueen could have played it safer with himself, but while we lost the man, the clothes and his iconic name remain. The documentary does an excellent job providing a look into the world, and the undoing, of a true talent.

McQueen opens in Atlanta on Aug. 2 at Regal Tara 4. The designer's work inspired our Q photo essay, Fantasy Fasihion, in the July 26 edition. Read it below: