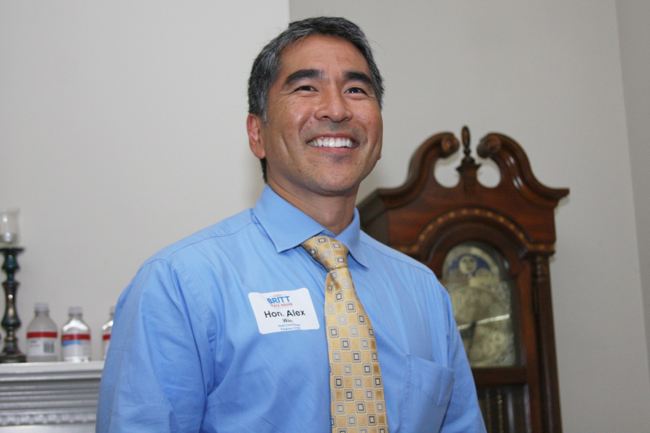 Alex Wan, the hero of gays who drink on Sunday and park illegally, is about to become the butt of jokes for those who smoke. The lone openly gay member of the Atlanta City Council wants to snuff out smoking in city parks. Yes, that means the gays who light up during Atlanta Pride, AIDS Walk Atlanta, Joining Hearts and other big gay events will need to buy nicotine gum. Lots of it. Happy chewing while drinking that cocktail, girl. Wan and council colleague Joyce Sheperd proposed the sweeping ban, which is likely to light up some passions at the July 10 meeting of the council’s Community Development & Human Resources Committee. But the measure would need the OK from the full City Council and the signature of Mayor Kasim Reed, who apparently backs it. Calling smoking in public parks a “direct health risk,” Wans proposes to ban smoking in outdoor parks, recreational facilities, athletic fields, aquatic areas, golf courses, tennis courts, hiking trails, playgrounds, off-leash areas and spectator and concession areas. So yep, you won’t be able to puff away while Fido humps his friends in the Piedmont Park dog park, either. And just to be clear, even inhaling counts. So does burning or carrying a lighted tobacco product. It's all covered in the ban. Really, though, couldn’t smoking in bars be tackled first? That’s been one of our six things to ban from Atlanta’s gay bars for months. DeKalb County tried to ban smoking in bars last year, but wimped out. In June, Atlantic Station dumped smoking in its commons areas. A city ban on smoking in parks would match similar efforts in Alpharetta, Decatur, Doraville, Douglasville, Duluth, Gainesville, Marietta and Roswell. City of Atlanta Smoking Ban Proposal