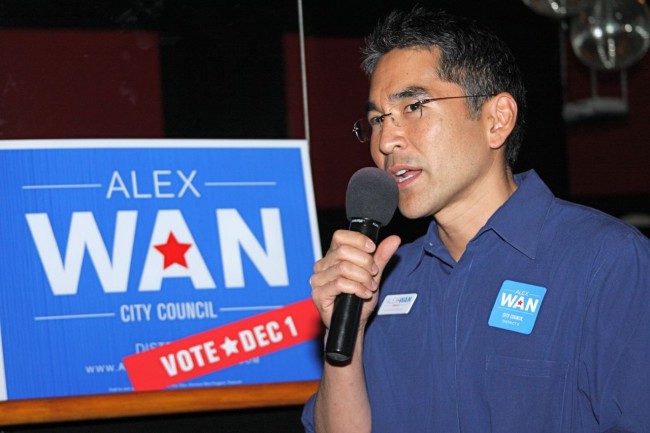 Alex Wan made his closing argument to about three-dozen LGBT voters and supporters on Sunday, two days before his Atlanta City Council runoff with Liz Coyle.

Wan joined supporters during an afternoon meet and greet at Amsterdam in Midtown, which has become a favorite stop on the campaign trail for candidates this election cycle. Wan faces Coyle in a runoff Tuesday for the District 6 post on the Atlanta City Council. 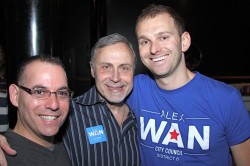 Wan, who is gay, topped a field of six candidates on Nov. 3, but didn’t reach the 50 percent plus one vote margin needed to avoid Tuesday’s runoff. Since the November balloting, Wan has scored endorsements from gay political groups, former opponents and civic groups.

Also on hand for the event were state Rep. Margaret Kaiser and Caesar Mitchell, who faces his own runoff Tuesday for Atlanta City Council president.

View the Project Q Atlanta photo album from the Wan meet and greet.