Alex Wan isn’t as gay as you might think 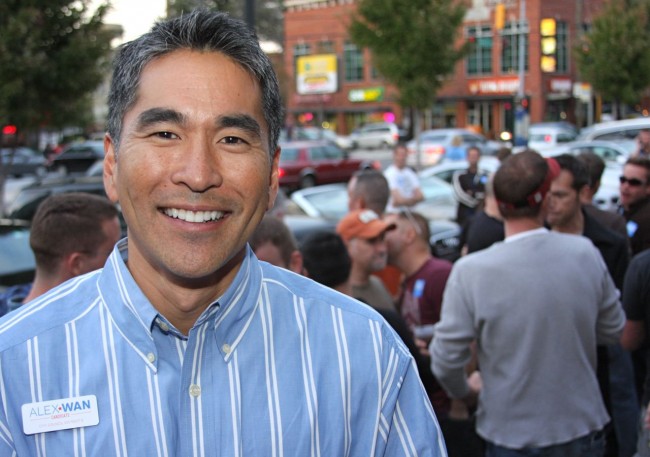 Decidedly gay Alex Wan spends a lot of this time doing gay things. Proclaiming Pride, tweeting a pic of a gay rabbi, making a gay video and movie, sorting out a gay brawl and observing a gay forum. But it’s not all rainbow glitter and unicorns for Wan.

He also starts a marathon and welcomes folks from the White House. So very not gay.

As the lone openly gay member of the Atlanta City Council, it’s no surprise that he takes his role as the city’s Gay-in-Chief quite seriously. But there’s more to the job than that. His District 6 isn’t entirely full of LGBT voters, after all, so he’s got to cater to them, too.

He’ll do just that on Friday when he’s center court at the Hawks game. So very not gay. That’s when he’ll present a proclamation recognizing Sunday’s Publix Georgia Marathon & Half Marathon. Before the race, maybe he’ll throw rainbow glitter into the air to launch the marathon and try not to get run down by those serious runner folks.

“As the marathon continues to grow each year, it continues to be a focus of community spirit,” Wan says in a not very gay press release. “I’m particularly excited that it showcases so many wonderful Atlanta neighborhoods to thousands of this event’s participants.”

Wan proudly proclaimed Friday as Not Very Gay Day on his calendar. He’ll also welcome members of the White House Initiative on Asian Americans & Pacific Islanders as they begin a summit. Not very gay.

But wait. Wan will deliver his remarks as the summit opens on Emory’s campus. Now that’s really gay.