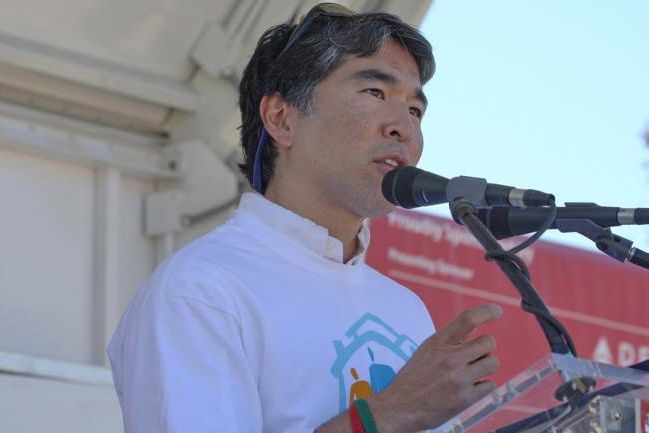 Wan is focused on making it pretty, he tells Fenuxe:

Regarding your third reason for running for re-election–the quality of life issues. Did those same conservative principles lead to the situation that happened at Cheshire Bridge?

No. Not at all. I’m actually socially very liberal. I’m fiscally conservative, but socially liberal. Cheshire Bridge is an interesting conversation because I think one of the things I should have communicated better during all of that… Number one this was a plan that had been set in motion in 1999. This wasn’t the Alex Wan plan. This was a community plan between the neighborhood and the businesses that started, gosh, almost 15 years ago. So I was essentially–not recreating it–but trying to move the ball down the field just a little bit further. From where the whole process started to where it ended, the strategy I was trying to take was to protect as many interests as possible. That included multiple conversations with groups. I sat down with BJ Roosters, Heretic, and Jungle owners at least two if not three times during that whole process just to talk through all of that. To assume them that this is how I saw everything playing out. At the end of the day it was a very focused attempt. It failed. I’m done with that. Now my focus is, and I think you kind of heard it when I was saying, there are a lot positive things we can be doing on Cheshire Bridge to help that corridor. Finishing the sidewalks, trying to find economic development incentives for projects and that’s the approach I’m taking now. Hopefully the timing will be right with the economy turning around that we all kind of meet and get on the same page and make that corridor what it can be. There was a lot of talk about Alex Wan’s personal values and Alex Wan’s mission of getting rid of certain things or attacking or going after gay businesses. That really was not the case. It played out the way it played out and now it’s a new day. We have new strategies and things I think will help everybody on the corridor.

So much for that scorn.