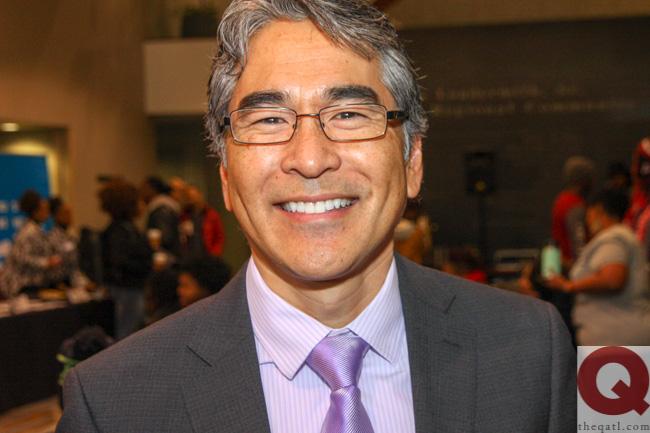 “During his eight years on Atlanta City Council and since, Alex has worked with friends and neighbors across the district, tackling the community’s shared challenges,” she said in a Jan. 22 press release. “He is well-positioned at this critical juncture in our history to continue fighting for those issues in the state legislature.”

Wan — the first Asian American and first openly gay man elected to the Atlanta City Council —said he was honored to get the endorsement.

“As I have said before, Victory Fund’s candidate training and support played an important part in my public service journey,” he said. “As I continue fighting for the progressive, inclusive values we share as Atlantans, I am proud to do so with the support of the LGBTQ Victory Fund.”

Gardner, a longtime LGBTQ ally, is leaving the state legislature after 20 years in office. Wan and former gubernatorial candidate Stacey Evans announced their candidacies for the seat in December. Queer civic activist Kyle Lamont jumped into the race in January.

House District 57 stretches from Southwest Atlanta through downtown and into Midtown.

The Victory Fund upgraded Jackson to a “Spotlight Candidate” on Jan. 22, which increases the resources the organization will give her for the campaign.

Jackson was upgraded because she would be the first openly LGBTQ state senator of color in Georgia history, and because of her background as a priest and work on behalf of vulnerable communities, according to Victory Fund spokesperson Elliot Imse.

“These experiences will make her a unique and respected voice in the state Senate and will carry great weight in legislative debates on equality,” he said.

The Victory Fund has endorsed 122 LGBTQ candidates in the U.S. so far in 2020 races, with 74 of them being state legislative candidates, according to Imse.