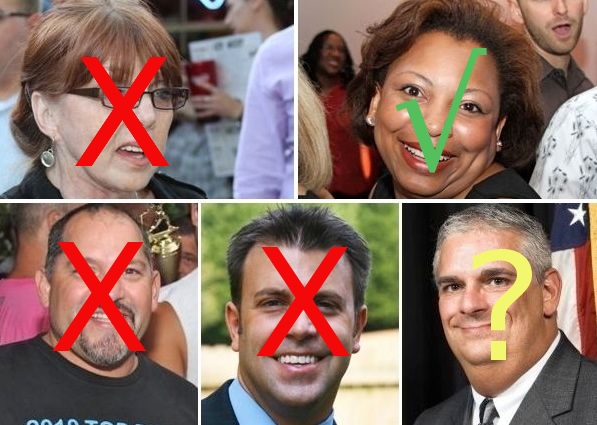 It was a night of historic victories for LGBT candidates across the country. Except in Georgia. But hey, at least we’ll soon be able to buy liquor, beer and wine on Sundays.

The success of the historic campaigns got close to Georgia – LaWana Mayfield became the first openly gay person, and first black lesbian, elected to the City Council in Charlotte, N.C. – but here in the Peach state, the roster of LGBT candidates will soon shrink. Gay candidates went 1 for 4 in Tuesday’s elections, with a fifth candidate likely headed to a runoff. One gay incumbent was among those who lost.

What did see overwhelming success across metro Atlanta was Sunday retail sales of alcohol. Those lush liberals in the City of Atlanta OK’d the measure by a whooping 82 percent to 18 percent. You lesbians in Decatur favored it even more: 91 percent to 9 percent. Three cheers for that!

Don’t worry, you sad faces in unincorporated DeKalb County. You’ll get a chance to vote in March.

Here’s how the five openly LGBT candidates in Georgia fared:

Decatur: Kecia Cunningham, a lesbian first elected to the City Commission in 1999, won another term. It certainly didn’t hurt that she ran unopposed, though write-in candidates did take 1.65 percent of the vote. Whatever. She won a mandate with more than 98 percent of ballots cast for her and retains her crown as Queen Dyke of Decatur.

East Point: It was a mixed bag in this city south of Atlanta. Two-term gay incumbent Lance Rhodes narrowly won his three-way race. But by receiving 49.57 percent of the vote in unofficial results, it’s likely he’s headed to a runoff with Karen Rene. Ken DeLeon, a gay man who ran unsuccessfully for the City Council two years ago, dropped this race, too. He placed second, with 37 percent of the vote to incumbent Myron Cook’s 51 percent and narrowly missed a run-off.

Savannah: Pam Miller, a lesbian, captured national attention with her race for the City Council in the coastal city and made a handful of campaign stops in Atlanta to rally LGBT support. But she lost her race to incumbent Mary Sprague, 63 percent to 37 percent. City Alderman Jeff Felser, who carried gay support and made a plea for LGBT votes at Savannah Pride in September, placed second in the mayor’s race, but captured enough votes to force a runoff with Edna Jackson. Georgia Equality played it safe and endorsed both Jackson and Felser ahead of Election Day.