AIDS Walk veterans: ‘HIV has not gone away’ in Atlanta 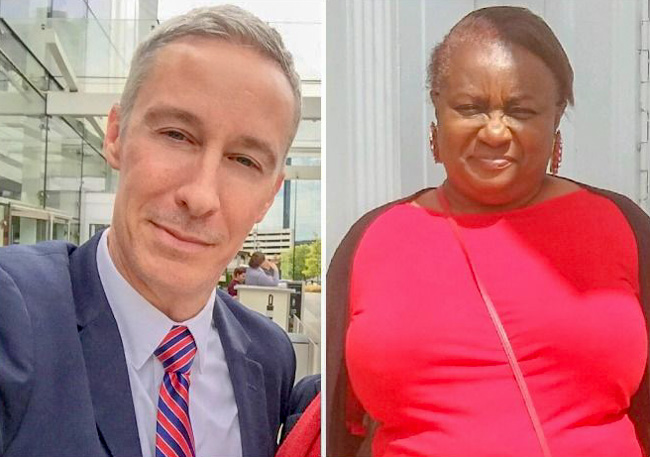 Two AIDS Walk Atlanta veterans with more than 40 walks between them say they continue to take part because of those lost to the disease and those still at risk.

Shannon Bradley and Cindy Rhodes will be back again at this year’s AIDS Walk Atlanta & Music Festival on Sept. 29 in Piedmont Park. The theme of this year’s event is #whyiwalk.

Bradley’s cousin died of AIDS-related complications in the 1980s.

“I grew up in a small town in West Georgia and at that point in my life, it hadn’t hit our small town or anyone in our family,” he told Project Q Atlanta. “So that’s when I really started paying attention to what was happening.”

Bradley moved to Midtown Atlanta in the late 1990s and met and fell in love with his then-partner. About a year later, the partner was diagnosed with HIV.

“At first, I kind of withdrew because I was scared and didn’t know a lot about the disease,” Bradley said. “But as the weeks went by, I realized it was our new reality, so I started to educate myself and we learned to navigate through his diagnosis.”

It inspired him to take part in his first AIDS Walk in 1999.

Rhodes took part in her first AIDS Walk in 1996, inspired by a cousin who died of an AIDS-related illness.

“I knew it was something I had to do,” she told Project Q. “Plus I had friends at my church that had passed away too.”

Two more of her cousins and her sister later died of AIDS-related complications. Rhodes now volunteers for the event every year.

“People think it has gone away, but it has not gone away,” she said. “It’s still here. It just got better medication and you don’t have to take 25 pills at a time.”

Bradley and his husband formed an AIDS Walk team in 2013 and have raised over $75,000 for the event since then.

“Our commitment has been to keep the conversation about HIV and AIDS alive because we feel that sometimes people don’t talk about it the way we used to, because it doesn’t seem to be as prevalent in the media as it once was,” he said. “We’re committed to keeping that conversation alive and getting more people involved.”

This year’s AIDS Walk ambassadors told Project Q that they continue to walk because they believe in the mission.