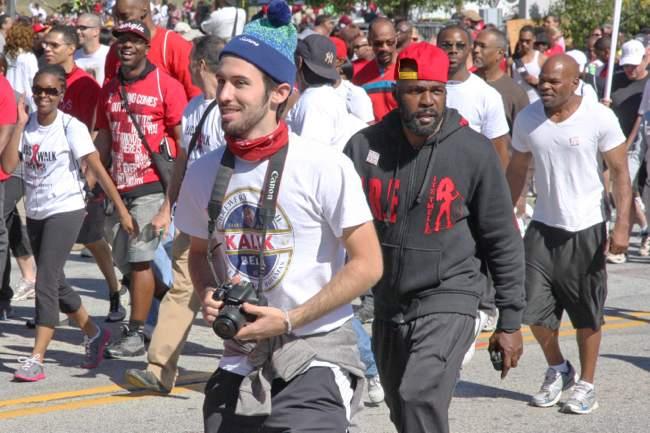 The walking and running are done for another year, but organizers of the 22nd Atlanta AIDS Walk & 5K Run (view photos) still hope to hit $1 million for the first time in several years. To that end, teams like Positive Impact are busting goals and setting new records of their own.

Just last week, the Hope Party showed us how an individual team can surpass goals and continue to make a difference. Larger teams including the ones of Positive Impact are no small part of this year’s success, either. Walkers for Positive Impact – whose MISTER Center was just voted Bestest Local Nonprofit in all of gay Atlanta by Project Q readers – busted right through their highest goal ever, $70,000, by raising more than $90,000 to date. Now they’re shooting for an agency record of $100,000. Donate directly to the mental health agency for people affected by HIV to get them over the hump. Donations are being accepted through Nov. 30.

“When we set the goal at $70,000 in May, we were all a little nervous,” Michael Baker, director of advancement at Positive Impact, says in a prepared statement. “With less than $10,000 needed to reach $100,000, we hope the community will dig deep and help us achieve a milestone in fundraising.”

Make donations online to get the overall event to a cool mil, or contribute to teams like Positive Impact, through Nov. 30.