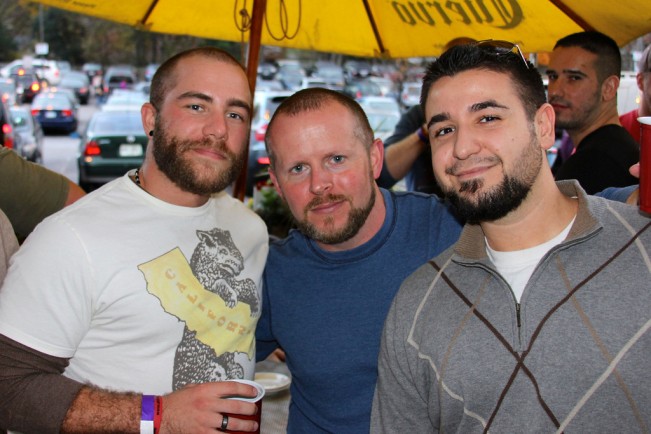 The Hope Party was anything but another beer bust at Frogs. Sunday brought a capacity crowd of boys to the yard of the cantina and helped maximize an individual fundraising effort for AIDS Walk.

The big gay effort headed by Mike Woodside had the initial goal of $2,000. They more than surpassed that by the Oct. 21 AIDS Walk (view photos), so much so that they septupled it to shoot for $15,000.

To get there, it was just a matter of networking to get the gays and their gals to the Frogs patio. That and bottomless beer, Jell-O shots, the beats of hunky DJ Chris Griswold and a raffle for a $245 Georgia Aquarium package did the trick.

AID Atlanta is still snaking toward its $1 million total goal for the 2012 Atlanta AIDS Walk campaign.