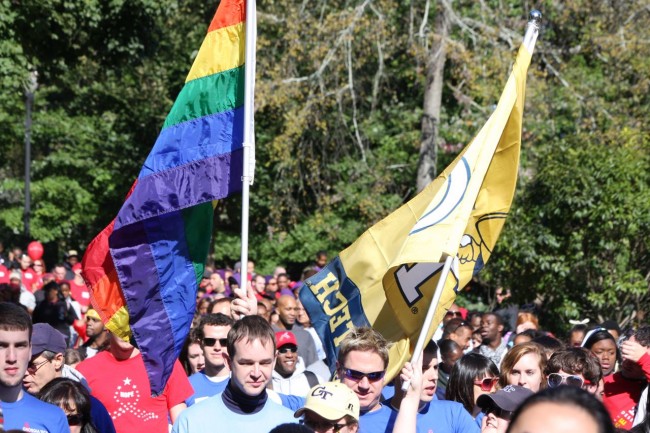 Why settle for just one notable spokesperson when you can have five? Organizers of the 20th annual AIDS Walk Atlanta & 5K Run next month agreed and named a collection of people, including at least one gay person, to serve as the public face of the massive event.

Broadening the walk’s spokespeople – and possibly the appeal of the event itself – could help organizers boost fundraising, which last year fell nearly $100,000 short of its goal despite more than 8,000 participants helping to raise $850,000 when the walk stepped off Oct. 18. 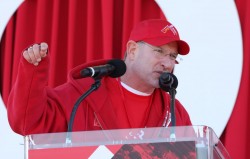 For next month’s event, AIDS Walk organizers announced five spokespeople, including a married heterosexual couple — Robby Astrove and Danielle Arellano — who served as spokespeople for the 2009 event. (See their speech from the 2009 event below.) The others include:

• Marty Mitchell, the mother of Brett Lykins, the former youth HIV ambassador for AIDS Walk Atlanta, who lost his personal battle with AIDS in 2007.

• Denise Stokes, who has been HIV positive for 28 years, has worked in HIV prevention for 20 years, and served as the 2008 spokesperson for AIDS Walk Atlanta and 5K Run.

“Each year, we reach 30,000 youths in the state of Georgia by partnering with the Rotary Club to teach children and teens about HIV prevention. This year, we are seeing more people seeking help for services because of the economy. We need the Atlanta community to come together to help us continue to provide vital services to those in need,” he adds.

“It’s an honor to be one of this year’s Walk spokespeople, as I am part of a lineage of black gay men – many of whom are no longer here,” Washington says in a prepared statement. “AIDS Walk Atlanta & 5K Run has a legacy of hope, love and commitment to the people living with HIV and helping people get back on their feet to live productive lives.”

Next month’s walk steps off Oct. 17 at Piedmont Park at 2 p.m., with the 5K run starting at 1:45 p.m. Both will travel through Midtown and end at the park. In addition, panels of the AIDS Memorial Quilt will be on display, weather permitting.