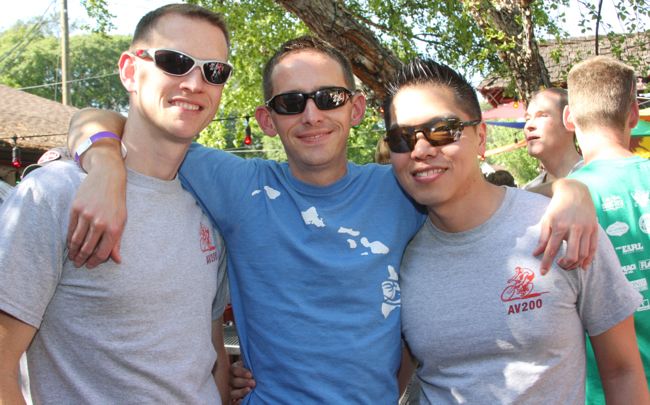 Those pedal pushing do-gooders preparing for the AIDS Vaccine 200 took in some cocktails for a cause on Saturday with supporters.

The beer bust — OK, there were Jell-O shooters, too — was sponsored by Pedal Pushers, one of the many teams taking part in the AIDS Vaccine 200. That annual event, set for May 19-20, is organized by Action Cycling Atlanta and has raised more than $1 million for HIV research since its inception in 2003.

On Saturday, gay beer busters enjoyed plenty of drinks, the tunes of DJ Corey D and the expansive patio of Cowtippers during a gorgeous spring day. Proceeds from the event benefited the ride, which so far has raised nearly $88,000.