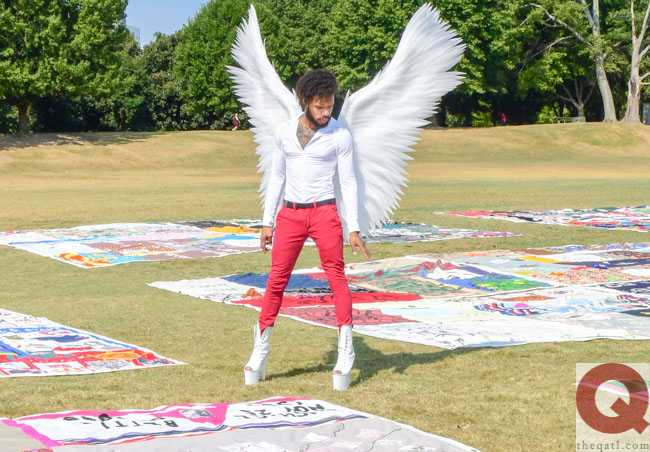 The NAMES Project Foundation is moving its headquarters and the beloved AIDS Memorial Quilt from its longtime Atlanta home in early 2020.

It’s a return home for the NAMES Project, which moved from San Francisco to Atlanta in 2001. The move has been in the works for the past decade, according to Julie Rhoad, the organization’s president and CEO. She told Project Q Atlanta that the National AIDS Memorial is the right place to secure the future of the quilt.

“It is bittersweet to have realized the dream that I thought would take four or five years to get done, it took 18,” she said. “It hasn’t always been easy. But this is what succession planning looks like, and it’s come with the best outcome for a quilt that is the most democratic memorial I can think of. It doesn’t belong to me or to you, it belongs to all of us.”

“Atlanta did its part in taking the quilt from its first chapter and getting it ready for its third chapter,” she added.

The move comes just two years after the NAMES Project moved offices from Midtown and opened a visitor center on Luckie Street downtown. The quilt and the archives also moved to a warehouse in Tucker. They outgrew the spaces, according to Rhoad.

The quilt will continue to be displayed at local events including AIDS Walk Atlanta (photo) and Atlanta Pride.

“There will always be quilt in Atlanta,” Rhoad said. “Certainly there won’t be 6,000 blocks. When we were in Atlanta, there was always 50 blocks of quilt in San Francisco and that will be the same here.”

Moving the massive archive from Atlanta to the Library of Congress was a necessity, according to Rhoad.

“We are not experts in managing and caring for priceless archival material,” she said. “So there was this driver that we have to be responsible for the long-term care of all of this material.”

Rhoad asked the Library of Congress for help finding the right home for the archive.

“Instead of giving me advice, they said, ‘That’s what we do, Julie, and we would love to have this,’” she said. “I thought oh my god, in 1987, we were not welcome on the National Mall in D.C. I burst into tears and thought, this is full cycle. It was meant to be.”

U.S. House Rep. John Lewis, a longtime Atlanta Democrat, was at the ceremony at the Library of Congress on Wednesday.

“This quilt is the family heirloom for the countless men and women who lost their lives and to those who loved and remember them,” he said. “So let us keep it for all time and never give up on any soul, for we all are human and we must respect the dignity and the worth of all humans.”

View the ceremony below: