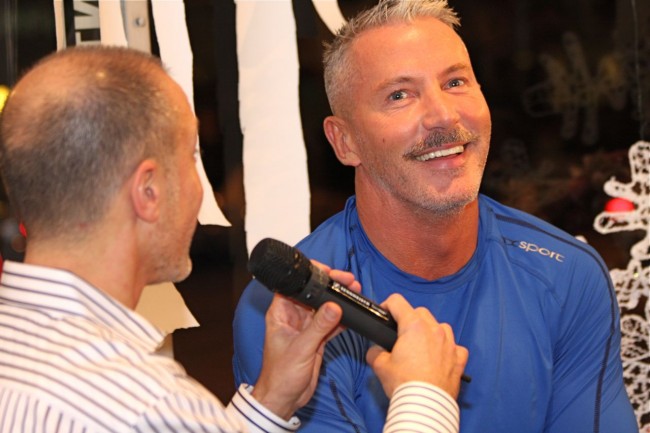 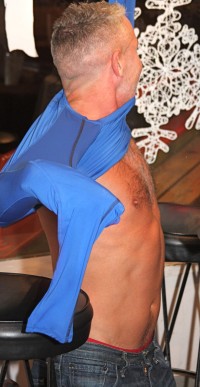 The shirtless scene came early during his appearance as Philip Rafshoon, Outwrite’s owner, introduced Shaw. The author realized that his snug blue shirt was reversed and decided to make the switch on the spot and in front of the 50 or people gathered to see him. Staged or not, it certainly grabbed the audience’s attention.

Read more about Shaw in our preview of his appearance.