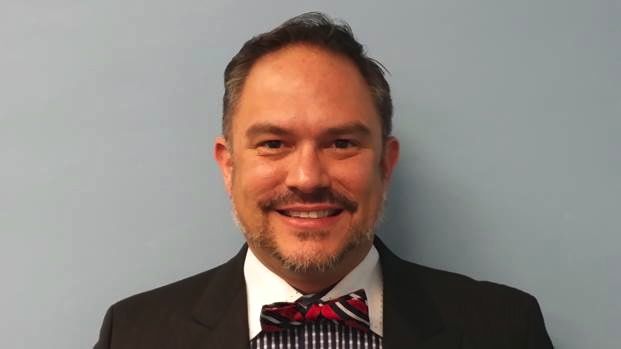 A gay doctor with a lengthy background in health grant and program management was tapped to lead AID Atlanta, the largest AIDS service organization in the Southeast, and manage its $7.6 million budget.

The hiring of Dr. Jose Rodriguez-Diaz as the agency's CEO ends a nationwide search that included 130 candidates and unfolded under the year-long tenure of interim CEO Cathy Woolard. The LGBT activist, consultant and former elected official stepped in after key departures from the agency and helped push though a strategic plan that revamped its internal structures.

Rodriguez-Diaz, his partner and 4-year-old daughter relocated to Atlanta from New York City, where he served as program manager at the North Shore-Long Island Jewish Health System.

“I am thrilled to become part of this great organization,” Rodriguez-Diaz said in a prepared statement. “I look forward to working closely with the board, the staff and the community in taking AID Atlanta to the next level of its more than 30 year history. This year will be exciting and transformative for the organization and I am excited to be part of it.”

AID Atlanta announced the appointment on Monday, Rodriguez-Diaz's first day on the job, but did not detail his compensation. An agency spokesperson said she did not have details on his salary or employment contract.

Mark Rinder, a gay business executive and AID Atlanta's board chair, said Rodriguez-Diaz is the right fit for the agency.

“Taking the helm from Cathy Woolard is a big job and sets a high bar but we’re confident that Dr. Diaz is the right leader for the next phase of our growth as an organization,” Rinder said in a prepared statement. “He stood out among the 130 candidates we reviewed and clearly has the skills and expertise we were seeking for our next CEO.”

Under Woolard, the agency raised more than $1 million for its AIDS Walk Atlanta & 5K Run, the first seven-figure tally from the annual event in a decade. In 2013, the agency also rebooted its aging Atlanta Cotillion fundraiser, dropping drag for a more inclusive costume drama. Woolard also hired Joey Helton as its development director. Helton, who is gay, spent seven years as a high-profile fundraiser for the Salvation Army, which has a troubled history with LGBT issues.

Rodriguez-Diaz's background includes a mix of management roles, according to AID Atlanta.

Rodriguez-Diaz comes to AID Atlanta from the North Shore-Long Island Jewish Health System, where he was responsible for a multi-year and multimillion dollar federal and state grant focusing on the implementation of electronic medical records systems. Prior to that, he was senior medical consultant to the US Department of Health and Human Services’ Health Resources Services Administration – Office of Performance Review where he evaluated national and global programs funded by the HRSA, USAID and other DHHS agencies that increase access to healthcare and prevention services. Before working at HRSA, he was program director for the Department of Pediatrics and Obstetrics and Gynecology at Bronx Lebanon Hospital Center, responsible for conducting HIV clinical trials for women and children.