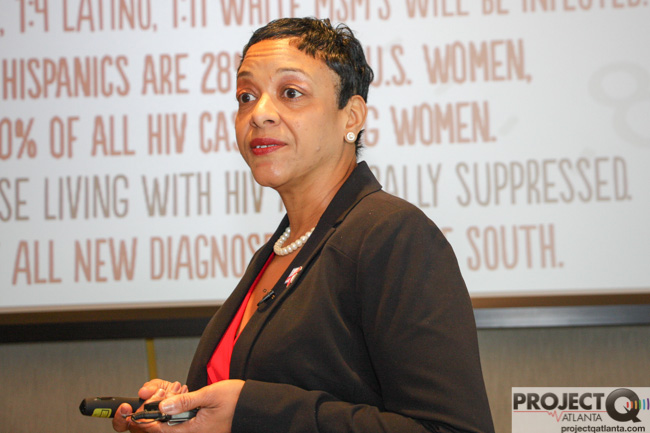 AID Atlanta has sued the Centers for Disease Control & Prevention after the federal health agency didn't renew a multi-year grant to fund HIV prevention efforts and instead awarded the funds to two other local non-profits.

AID Atlanta filed the blistering lawsuit on Thursday, accusing the CDC of having “mismanaged a critical funding opportunity” and in the process, making AID Atlanta “a victim of an arbitrary and capricious funding process.” The result, according to the lawsuit, will impact AID Atlanta's HIV prevention programs.

“[It] will result in thousands of fewer HIV tests being performed in Atlanta and that will only worsen an ongoing public health crisis among minorities in that community,” according to the lawsuit.

“The only logical conclusion to draw from the inexplicable outcome of the funding process is that CDC’s decision making was arbitrary and capricious and not based on a full and fair evaluation of AID Atlanta’s proposal and capabilities,” the lawsuit added.

The lawsuit comes two months after the CDC told AID Atlanta it wouldn't receive the funding, which would have extended a five-year grant for an additional five years. The grant was for “hundreds of thousands of dollars,” according to Imara Canady, a spokesperson for AID Atlanta and regional director for communications and community engagement for AIDS Healthcare Foundation, its parent.

The loss of the grant prompted AID Atlanta to shut down its Evolution Project (second photo), which works to empower gay black men ages 18 to 28 to combat HIV, and announce that it was laying off three to four staff members. AID Atlanta severely criticized the CDC when it rejected the grant application, organized a public rally at the CDC's campus and purchased a full-page ad in the AJC to protest it.

The lawsuit is a continuation of AID Atlanta's fight to win back the funding, AID Atlanta Executive Director Nicole Roebuck said.

“Through this lawsuit and by other actions, we will vigorously advocate to restore this funding to AID Atlanta in order to continue to provide these critical services to the clients and patients AID Atlanta serves,” Roebuck (top photo) said in a prepared statement.

The lawsuit names the U.S. Department of Health & Human Services, its secretary – Tom Price, the anti-LGBT former member of Congress from metro Atlanta who now heads HHS – the CDC and its interim acting director, Anne Schuchat, as defendants.

The lawsuit asks a federal judge to rule that the CDC's decision to deny funding to AID Atlanta violated federal administrative procedures, set aside the CDC's decision, and order the agency to award AID Atlanta the $500,000 per year it requested in the grant proposal. Or, the lawsuit requests, the judge should order the CDC to throw out the entire grant process and do it over.

AID Atlanta also asks the judge to grant the agency attorneys' fees and other financial relief.

The CDC declined to comment on the specifics of the lawsuit. But it did issue a statement explaining how the agency approaches its grant process.

“We can tell you that CDC follows a rigorous and highly competitive process for issuing new funding opportunities. Applications are scored and ranked based on an objective review of the applicant’s proposed plans for delivery of services and the organization’s capacity to carry out the proposed activities,” the CDC said through a spokesperson.

The CDC and federal health officials have 60 days to file a response to the lawsuit. 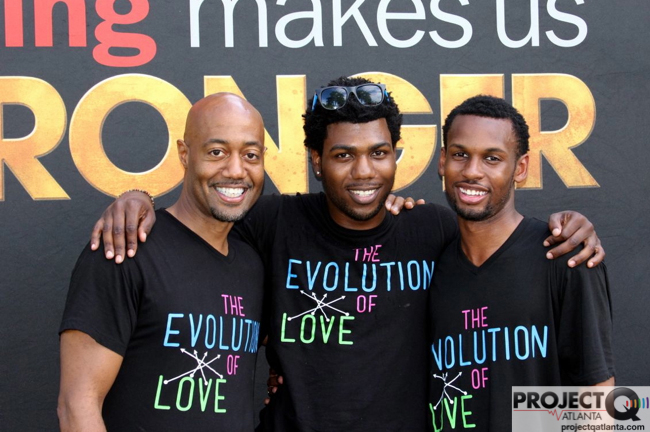 AID Atlanta was one of at least two local non-profits that applied but did not receive a renewal of the grant, which funds HIV prevention programs for young men of color who have sex with men, young transgender people of color, and their partners, according to the CDC. A renewal application from Positive Impact Health Centers was also denied.

Instead, the CDC awarded annual grants of $354,597 to Atlanta Harm Reduction Coalition for HIV prevention among young men of color and $388,365 to Someone Cares for programs targeting young transgender people. The $3.5 million awarded for the grant in metro Atlanta has not been reduced, according to the CDC, just shifted to two other agencies.

Overall, the CDC provided funding for 30 agencies across the country for the grant program for HIV prevention efforts targeting young black men and transgender people of color. Some 134 agencies applied for the funding.

“This was a competitive award process. All applications were reviewed and scored by an objective panel of diverse, highly qualified federal reviewers,” Paul Fulton, a CDC spokesperson, said in an April interview before the lawsuit was filed.

“Under a previous opportunity, CDC awarded grants to Positive Impact and AID Atlanta to deliver HIV prevention strategies for young men of color who have sex with men, young transgender people of color, and their partners. However, other Atlanta-area organizations achieved higher scores in applying for the current initiative,” Fulton added. 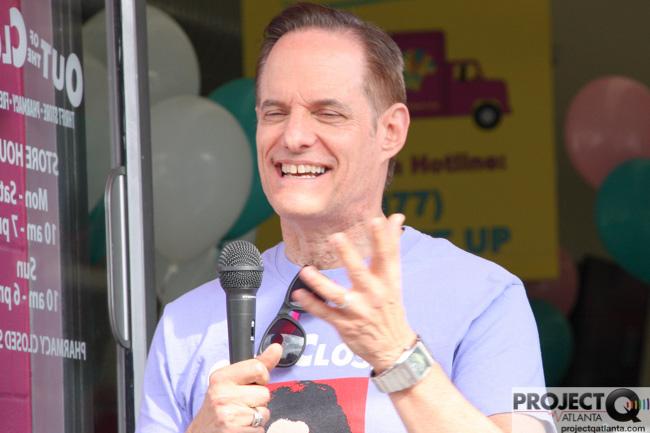 Filing lawsuits over funding for HIV programs is a longtime tactic of the AIDS Healthcare Foundation. The Los Angeles-based organization, a global player in HIV prevention and treatment, is the parent of AID Atlanta. The agency and its founder Michael Weinstein (third photo) have filed at least 12 lawsuits against Los Angeles County, many of them concerning HIV-related contracts. It has also filed lawsuits over HIV funding in Dallas, Baton Rouge, La., King County in Seattle, Palm Beach County in Florida, and Prince George's County in Maryland.

Weinstein, in an interview with Project Q Atlanta last September, said the agency will take its fight to court when it sees government officials acting “grossly unfair” in awarding HIV prevention funds or holding back unspent funds.

“There is not a level playing field and there is abuse,” Weinstein said. “Every one of the cases where we've sued, we've been successful.”

Weinstein said that in some jurisdictions, the agency has “waited patiently and we were not given a single dollar” and watched as funding was doled out to local agencies. But as AHF expands in markets, funding should be open to it like it is to other HIV agencies, he added.

“The approach to HIV being a local cottage industry is not helpful to the people living with HIV. If us coming into an area means that people locally have to step up their game somewhat, I think that's not a bad thing,” Weinstein said.