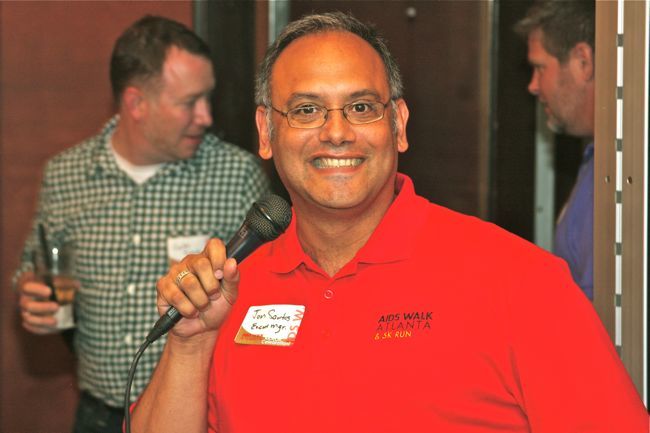 A top AID Atlanta official tapped to help lead the non-profit in the wake of its executive director resigning last month is also leaving the HIV agency.

Jon Santos (photo), a 10-year AID Atlanta employee and its development director, is resigning on July 31 to take a similar position with Jerusalem House. Santos was one of three top AID Atlanta officials picked to lead the agency since its executive director, Tracy Elliott, resigned after more than five years at the top spot.

Santos coordinates many of AID Atlanta’s high-profile events and fundraisers, including AIDS Walk Atlanta, Atlanta Cotillion and AID Atlanta Honors. But he said Tuesday that even with his departure, longtime staffers and volunteers will mean the agency won’t miss a beat.

“I don’t worry about the operation of the Walk,” Santos said. “It will be great. We need it to be wonderful. I have complete confidence in the staff and volunteers. We have some volunteers that have been with the walk longer than I have been at AID Atlanta.”

Santos said the timing of his resignation coming just weeks after Elliott leaving is nothing more than coincidence. Santos was one of three AID Atlanta veterans – including Nicole Roebuck, director of client services; and Neena Smith-Bankhead, director of education and volunteer services – who were named as co-leaders of the agency until the agency names a new executive director.

“It’s just unfortunate timing,” Santos said. “This is a great opportunity for me. I have had a long relationship with Jerusalem House. There is a natural fit there. I love the organization equally as much as AID Atlanta. There are just some really exciting things going on there that I want to be a part of.”

Santos joins Jerusalem House as development director, filling a post left vacant since Atlanta City Council member Alex Wan left earlier this year for a position at Emory. Santos and Charlie Frew, Jerusalem House’s executive director, have known each other for years, dating back to their volunteer work with Joining Hearts. Frew also chaired AID Atlanta’s board when it hired Elliott as executive director in 2007, Santos said.

“Jerusalem House is a great organization, and I love it,” Santos said. “There are exciting things coming.”

Mark Rinder, AID Atlanta’s board chair, told the GA Voice that senior leadership will manage the agency until an executive director is hired. “We’re in good hands,” he said.