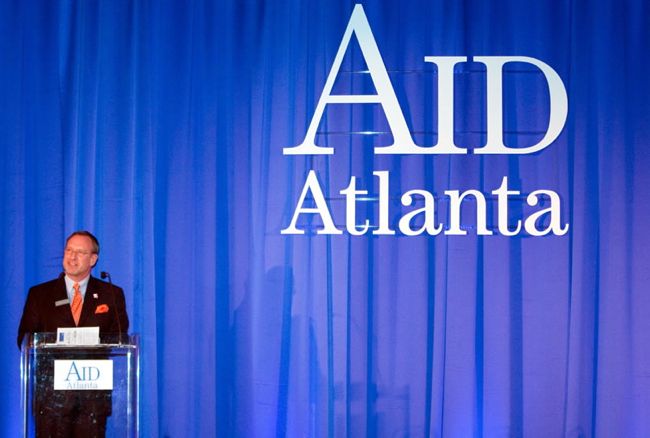 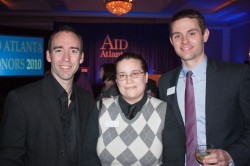 AID Atlanta threw a party on Thursday and honored several people and groups for their work in battling HIV and caring for people who live with the disease.

AID Atlanta Honors called out Jeff Graham, executive director of Georgia Equality, and Bud Russell, a longtime former board member and past president of AID Atlanta, as well as For the Kid In All of Us and Atlanta Gas Light.

“With AID Atlanta Honors, AID Atlanta shows our appreciation to the individuals, community groups and corporations that have gone above and beyond to support people living with HIV and AIDS,” Mark B. Rinder, AID Atlanta’s board chair, has said about the event. 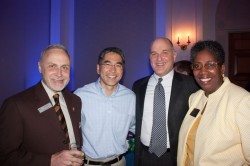 The event also attracted elected officials or those who are running for public office this summer. On hand was Atlanta City Councilmember Alex Wan (third photo, second from left), who founded For the Kid In All of Us, Joan Garner and Mary Norwood.

Garner (third photo, right) is one of two lesbians seeking the District 6 post on the Fulton County Commission. Norwood, the gay-friendly candidate who ran for mayor last year, is campaigning as an independent for chair of the Fulton County Commission. She goes stumping for the gay vote — and signatures for her petition to get on the ballot — on Wednesday at Amsterdam.

Photos by Dan Lax. For more even more pics from the event, visit his Picasa web album.