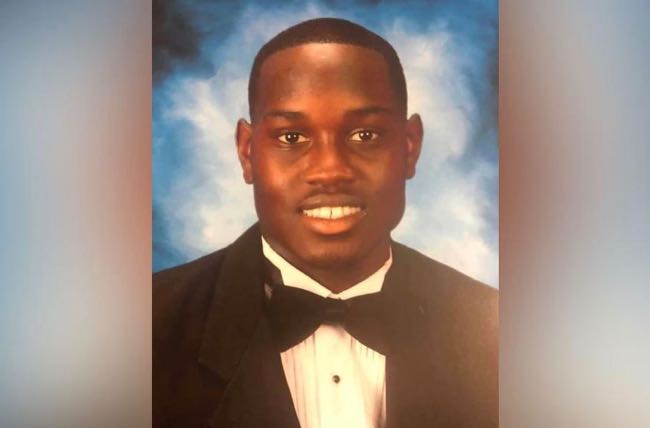 A powerful GOP lawmaker wants the state to pass an LGBTQ-inclusive hate crimes bill in Georgia, and Gov. Brian Kemp has hinted he’s open to the legislation, which stalled last year amid opposition from other Republicans.

The renewed push to pass House Bill 426 comes in the wake of the Feb. 23 killing of Ahmaud Arbery (photo) near Brunswick. Two white men are accused of shooting Arbery, who is black, while he was jogging.

On Monday, House Speaker David Ralston urged the state Senate to pass the measure. The House passed the bill with a 96 to 64 vote on March 7, 2019. But the legislation sponsored by Republican state Rep. Chuck Efstration then stalled in the Senate Judiciary Committee.

Ralston wants the Senate to pass the bill “with no delay and no amendments” when lawmakers return to session in June, according to the AJC. Lawmakers suspended their session in March as the coronavirus pandemic worsened in the state.

“The time for being silent ended last week,” Ralston said. “It’s time to do what’s right. It’s going to take some leadership and some courage, but I think it’s time to act.”

Kemp said conversations are already underway about the hate crimes bill and signaled that he’s open to the legislation. But he stopped short of endorsing it, according to the AJC.

Sen. Jesse Stone, who chairs the Judiciary Committee where the hate crimes bill stalled last year, is skeptical of the legislation, according to the AJC.

Stone said there’s still no consensus about whether to move forward, and that many of the committee’s members are opposed because it could limit the discretion of trial judges or because of a “philosophical concern” about requiring different punishments for similar crimes.

“The bill doesn’t do enough in some areas and it goes too far in others,” Stone said. “We’ve got our plate full with bills that we do need to move on, so if a consensus comes together, it’s possible we can move on this. But if it doesn’t, it could lag behind.”

“The murder of Arbery highlights that it is well past time to protect Georgia citizens from hate crimes and take the security of people’s identities seriously,” Hate Free Georgia said in a press release issued May 8.

“Georgia needs a hate crimes bill, and if bias is proven to be the motive, the horrific murder of Ahmaud Arbery is another case that highlights the devastating impact of hate-motivated violence,” the organization added.

House Bill 426 would impose heightened penalties for crimes committed “because of the individual’s belief or perception” regarding the victim’s sexual orientation, gender, race, color, religion, national origin, mental disability or physical disability. It does not include gender identity as a protected class, but supporters of the bill said the inclusion of “belief or perception” would allow it to cover transgender people.

Georgia is one of four states in the U.S. without a hate crimes law. The state passed a hate crimes law that did not include sexual orientation or gender identity in 2000, but the Georgia Supreme Court struck it down in 2004 for being “unconstitutionally vague.”

One in five hate crimes in Georgia in 2018 were motivated by anti-gay bias, according to the FBI and Atlanta police. And Georgia agencies fall way behind the national average in reporting and tracking hate crimes to the FBI.