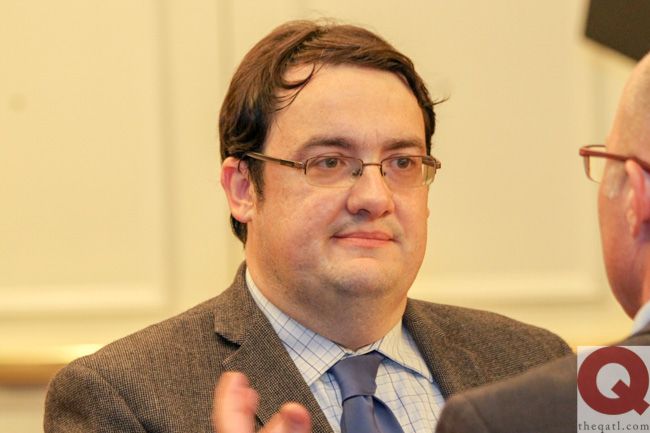 “One of the issues that we have in rural communities especially is honestly a lack of acceptance of LGBT rights and LGBT lives, and these kids know it,” Swann, the Democratic nominee for Georgia Agriculture Commissioner, told Project Q Atlanta.

Swann said that getting more LGBTQ people – as well as women and minorities – into the agricultural field will increase their chances of staying in their communities.

Swann saw the problem up close when a farmer and family friend near his Macon home was concerned about his lesbian daughter being socially marginalized if she took her girlfriend to the prom. Swann said she ended up doing it but only because she would be leaving town soon for college anyway.

“It was great that she found the courage to live her authentic truth, but it’s sad that it came down to, ‘I won’t be around these people anyway.’ And that’s the true reality, not that, ‘I’m going to find acceptance and love in the place that I call home,’” he said. “That was a concrete example to me of a thing that we’re dealing with every day that I would personally love to see changed.”

Swann came out against anti-LGBTQ “religious freedom” bills at an Atlanta Gay & Lesbian Chamber of Commerce business summit in June.

“I feel like these ‘religious freedom’ bills are just a freedom to hate bill,” he said. “I can’t support that as a private citizen, I can’t support that in a leadership role, even if my role is just standing up and being an advocate and showing leadership in my department, that’s still important — that’s still something that I need to do as part of my role as a leader.”

Swann was motivated to make the run for agriculture commissioner after being named the 8th Congressional District chair to the Georgia Democrats’ executive committee. In that role, he worked with county committees throughout the district, which stretches from Macon to Perry and Moultrie down to Valdosta.

“Most of the counties in there share three common things: they’re rural, they’re agricultural and they’re poor,” he said. “Really as this race came up, it was more and more apparent to me that there aren’t enough people who are being able to get the fruits of their labor of the land that they work on.”

One issue he’s keyed in on is combating the anti-immigrant policies being pushed by the White House, including rolling back the number of visas that bring in seasonal labor.

“Our farmers rely on immigrant labor – period, bar none, without a doubt. And we have to be able to protect and champion … the migrant workers who come in,” Swann said.

Swann doesn’t agree with the argument that U.S. citizens are too lazy to do the more labor-intensive jobs that seasonal farm work requires.

“I need a labor force that can come in, just want to work for a few months and go home,” he said. “Americans want stable employment year-round. Whereas a migrant worker, this kind of just a few months out of the year is perfect for them.”